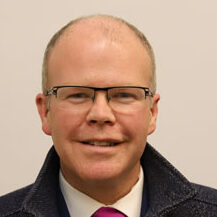 Source: Newstalk, visit the website to listen to the podcast

COVID certs are “simply not working” and there is now a danger the Government will look to introduce them on a semi-permanent basis, according to Aontú leader Peadar Tóibín.

It comes after it emerged that the emergency powers underpinning the certs and other COVID regulations could be extended beyond next February.

Government last week voted to extend the powers until February 9th, with the Health Minister Stephen Donnelly noting that they could not be extended again without new legislation.

Up to now, the regulations have been spread across four pieces legislation; however, Cabinet yesterday approved a plan to draft new laws combining them all into one bill.

The new bill is expected to include powers for two extensions – allowing the Government to extend the regulations beyond February.

The Oireachtas will be asked to pass the new act by December 16th.

“We have this incredible situation where, right now, you can go into a pub or a restaurant if you have COVID, yet a person who does not have COVID can be banned from entry,” he said.

“They have refused point-blank to introduce antigen testing to see can we find out who has COVID and stop them circulating in hospitality settings.

“It is just incredibly frustrating that we are here a year after other countries successfully introduced antigen testing in relation to this.”

Deputy Tóibín suggested the Government had been “blindsided” by the behaviour of the virus in recent months – with transmission between vaccinated people far higher than expected and immunity waning faster than expected.

A study published in the Lancet at the end of last month found that vaccinated people who catch the virus are just as infectious as unvaccinated people – although they remain so for a shorter period of time.

The study notes that vaccinated people are less likely to pick up the virus in the first place – and vaccines continue to be highly effective at preventing severe hospitalisation and death.

The researchers examined transmission between people living in the same household and the results only apply where people spend an extended period of time together.

Deputy Tóibín said he believes there is a “strong discrimination element” to COVID cert rules – and warned that the extension of the powers could see them introduced on a “semi-permanent basis.”