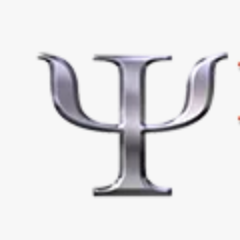 Despite the negative studies, 80% of Covid-19 patients are vitamin D deficient.
nvestigation into vitamin D as a nutrient to prevent, treat and even cure Covid-19 reveals voluminous evidence a deficiency of the active form of this sunshine hormone/vitamin (calcitriol) is responsible for an estimated 87 percent of Covid-19 deaths.

With more than a decade-long head start, one would have thought vitamin D would have cured cancer by now, if not Covid-19. There are over 10,000 reports about vitamin D supplementation published in the past 10 years, posted at the National Library of Medicine.

But all is not rosy in vitamin-D Land. Speaking out of two sides of their mouths, researchers say vitamin D does/doesn’t work; say over a billion people on earth are vitamin D deficient, but also say they the public is wasting money on sunshine pills.

Which is it? A wonder cure, or the biggest disappoint in nutritional medicine?

The answer is, it will be what modern medicine chooses it to be, because the delivery of medicine today is on the medical industry’s terms, not determined by public needs or demands.

Like mafia, the medical industry has to get a cut of the pie, or it will malign and disqualify whatever threatens its income. As a dietary supplement, the public’s direct access to vitamin D without doctoring is a problem for modern medicine because of vitamin D’s broad ability to quell many diseases. The biggest confounding factor in vitamin D science is the medical profession itself.

When did the vitamin D revolution begin?

The vitamin D revolution was signaled by leading researchers over a decade ago.  Drs. Cedric and Frank Garland who connected vitamin D deficiency to cancer with their ground breaking report published in 1980 and Dr. Michael F. Holick who wrote about the “vitamin D pandemic;” and Bruce W. Hollis PhD who contributed to the science of blood testing, were the researchers who led the way.

Called the “nutrient of the decade” in 2010 by Ronald Hoffman MD, former president of the American College for Advancement in Medicine, this vitamin/hormone came out of the research closet to offer far more health benefits than its widely advertised ability to utilize calcium for bone growth and prevent rickets in growing children.  Vitamin D’s greatest promise is its central role in the immune system and should be front and center in infectious disease and cancer prevention.

Living in the dark

How could such a widespread deficiency plague modern man when it is free, not confined to dietary or supplemental sources, and all that is required to be vitamin D sufficient is to walk outside in midday sun, at least in southern latitudes.

Essential for human life, the vitamin D tank must never be empty.  Months of it are literally stored in the liver in summer months to get through winter.  A mega-dose of injectable vitamin D maintains elevated blood levels for 84 days.  Older women often have 300,000 units of vitamin D injected for wintertime bone protection without side effect.  Even large single oral doses up to 300,000 units are safe and effective.

It is inconceivable that a 4000-unit vitamin D pill (the so-called safe upper intake limit) could be problematic beyond that point.  4000 international units (IU) is just 1/10th of a milligram (100 micrograms).  This preposterous safety limit point exposes the sun/vitamin D phobia that now prevails in modern medicine. (More about this below.)

Vitamin D inadequacy costs ~$40-50 billion a year (2004 data) whereas sun-related diseases (skin cancer) costs ~$6-7 billion a year in the US.  Modern medicine knows, if vitamin D adequacy could be achieved by the entire population, $40-50 billion in insurance reimbursements to doctors and hospitals would be taken out of its pockets.  The medical industry recognizes the vitamin D revolution can’t be stopped, but it can stall for time.

How much supplemental vitamin D are Americans taking?

Vitamin D’s real promise has yet to be realized for a great portion of human populations, even though the demand for this vitamin as a dietary supplement has grown from $30 million in 2008 to over $770 in the US annually (2021), and projected to reach $1.6 billion globally by 2025.

$770 billion divided by a population of 328 million Americans amounts to just $2.34 per year per capita.  The tab for 200 million Americans taking a $10/month vitamin D pill would amount to $2.4 billion, showing the market potential for this supplement.

Why wait for symptoms of D-deficiency to arise and then inappropriately treat the symptoms with anti-inflammatory, anti-germicidal and anti-depressant drugs?  That is the common practice today.  Given there are more than 100 types of autoimmune diseases, and vitamin D normalizes body-against-itself autoimmunity, suggests a large number of health benefits can accrue from making vitamin D a new paradigm in modern medicine.

What are the typical blood concentrations achieved by supplementation?

For reference, there are two ways to measure blood levels of vitamin D: nanograms per milliliter and nanomoles per liter.

Canadian researcher Reinhold Vieth showed a 400 IU/day dose for several months achieves little or no detectable effect on the circulating concentration of vitamin D.  Embarrassingly, that is the amount of vitamin D in fortified milk for many years – a useless dose.

What percentage of US population is D-deficient?

In winter, every American living above the 37th parallel except vitamin D-supplement users is probably vitamin D-deficient.

Why not food fortification?

What about fortifying foods?  The World Health Organization (WHO) says food fortification is supposed to kick in “to provide most (97.5%) of the individuals in the population group(s) at greatest risk of deficiency with an adequate intake of specific micronutrients, without causing a risk of excessive intakes in this or other groups.”

Therefore, when 2.5% of the population has blood levels below 10-12 nanograms per milliliter/ 25-30 nanomole/liter blood sample, food fortification should be implemented.  Milk is fortified with 400 units of vitamin D for growing children who need vitamin D.  Obviously, food fortification isn’t working.

Provision of vitamin D from the diet is insignificant

Using data from a 2009-2012 study, the dietary intake of vitamin D below the Estimated Average Requirement (EAR) was 100%!  About 80% of vitamin D comes from solar UV-B radiation and about 20% comes from the diet.  Thank God for sunlight.

Public health authorities recommend a miniscule 400-800 IU (10-20 micrograms) of vitamin D to achieve blood levels in the range of 25-50 nanomole/liter or 10-20 nanograms/milliliter blood sample.  If every American achieved this blood level, they would all be on the border of deficiency, especially if living in northern climates where the effects of the tilting of the earth away from the sun during winter months reduces solar radiation and natural production of vitamin D.

These numbers appear to be ridiculously low when compared to sunlight exposure.  Just 10 minutes in midday sun without sunscreen with skin exposed will generate ~10,000 units of vitamin D (1000 units per minute)!  So, the 400-800 IU recommendation for food fortification equals less than a minute of sunshine.  That is absurd!

The Food & Nutrition Board established the safe upper limit for vitamin D at 4000 IU (100 micrograms) per day, which is equivalent to 4 minutes of sunshine.  That is also absurd.  Have you ever heard of anybody developing vitamin D toxicity from going out in the sun for more than 4 minutes?

I hope readers are following along here how modern medicine is about as fearful of sunlight as Count Dracula.

According to Dr. Bruce Hollis, affiliated with the Medical University of South Carolina:

The circulating half-life of the intermediate form of vitamin D (calcidiol) is many weeks; for vitamin D3 it is 1 day; and for activated vitamin D (calcitriol) it is a few hours.  Vitamin D is eventually excreted in bile, feces and urine.  Therefore, the only known way to maintain constant vitamin D blood levels is daily supplementation or skin/sun exposure to solar UV rays.

Even a 100,000-unit dose of vitamin D is cleared from the blood circulation within a week, making vitamin D basically undetectable (though some is stored in the liver).  Thus, the only known way to sustain constant circulating vitamin D concentrations is by daily supplementation and/or chronic UV exposure.

Plethora of vitamin D studies with declaration of pandemic

The Covid-19 pandemic produced a plethora of vitamin studies in a short time.  With no vaccines in place, the Covid-19 pandemic took second-tier treatments like vitamins and thrust them to the front of the battle to save human lives from a mutated virus that no human had immunity from.  Vitamin D/Covid-19 studies were initially positive:

·      When middle-age adults who tested positive for Covid-19 were given 60,000 IU of vitamin D3 daily for 7 days or an inactive placebo pill, more than 60% tested negative within 21 days compared to 20.8% showed negative in the placebo group.

·      Vitamin D and its derivatives (calcidiol, calcitriol) bind to the ACE2 doorway that allows Covid-19 to enter cells and replicate and therefore blocks Covid-19 infection.

But then vitamin D supplementation fell into disrepute.  The mistaken presumption is those who are vitamin D-deficient will benefit from supplementation.  But that isn’t always the case.

Apart from Covid-19, rigorous vitamin D studies didn’t find any health benefit.  A landmark study published in 2018 found vitamin D supplementation did NOT boost bone mineral density and prevent falls and hip fractures.  But of course, among post-menopausal females who are prone to fractures, another hormone, estrogen, is responsible for maintaining bone density.  Same goes for testosterone for males.  Conclusion: researchers were putting the wrong hormone to the test.

In another example, a study published in 2019 in the New England Journal of Medicine did not result in a lower incidence of invasive cancer or cardiovascular events compared to an inactive placebo.  However, a significant reduction in colon cancer risk was shown for free-unbound vitamin D, which is addressed later in this report.

Other studies revealed vitamin D levels unexpectedly correlated with an increase falls and fractures among older women.  A review of 137 diseases concluded any claim vitamin D is associated with reduced disease incidence is spurious.  Vitamin D deficiency was called a “pseudo disease,” and vitamin D pills as an “imposter” substitute for sunshine.

Then came the Covid19 pandemic and contrary studies:

·      Vitamin D supplementation among Covid-19 patients was found to be inconclusive and may be skewed by unknown confounding factors.

·      Even when a single high-dose of vitamin D3 was administered (200,000 IU) there was no effect on days of hospitalization.  However, other studies came to a different conclusion and recommended vitamin D supplementation for Covid-19. Why?

·      Of interest is a study where 42 percent of Covid-19 patients were vitamin D deficient blood levels (below 20 nanograms/milliliter of blood sample) and the odds of infection were 3.3 times greater among those with D deficiency.  However, there was no significant association between vitamin D status and mortality.  Another study found the same thing, that vitamin D deficiency decreased the risk for severe Covid-19 disease but not a fatal outcome.

·      Researchers went further in their investigation and employed genetic screening to determine if inherited factors predisposed individuals for higher or lower vitamin D blood levels and increased or decreased risk for Covid-19 infection and mortality.  There was no association between genetically-predicted vitamin D levels and Covid-19 susceptibility.  However, the study in question did not include vitamin D-deficient individuals.

Despite the negative studies, 80% of Covid-19 patients are vitamin D deficient.

Investigation into vitamin D as a nutrient to prevent, treat and even cure Covid-19 reveals voluminous evidence a deficiency of the active form of this sunshine hormone/vitamin (calcitriol) is responsible for an estimated 87 percent of Covid-19 deaths.

This is taken from a long document. Read the rest here: lewrockwell.com