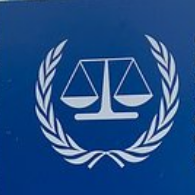 Nazi concentration camp survivors have sent a letter to the International Criminal Court in support of a joint ‘Request for Investigation’ by lawyers who have submitted evidence, alongside sworn affidavits from Professor Luc Montagnier and Dr Richard Fleming, alleging Governments world-wide and their advisors are complicit in genocide, crimes against humanity, and breaches of the Nuremberg Code.

Attorney Melinda C. Mayne, and Kaira S. McCallum submitted a 27-page ‘Request for Investigation’ to the International Criminal Court (ICC) at The Hague back in April 2021 alleging the UK Government and its advisors were complicit in crimes against humanity in the name of Covid-19.

On the 28th of April 2021, the pair received a formal acknowledgement from the ICC and were assigned a case number – ‘141/21’. Since then the pair have been gathering new evidence to use in their ICC claim and have established connections with lawyers and research scientists from around the world.

A new press release published on the 17th August, which can be viewed here, confirms that the pair have received sworn affidavits from leading experts including research scientist and nuclear cardiologist Dr Richard M. Fleming, the Nobel Laureate virologist Professor Luc  A. Montagnier, and Dr Kevin W. McCairn, a neuroscientist and expert on neurological disease.

A new claim has since been submitted to the ICC due to the vast amount of new evidence and information that has come to light in the past few months, and the lawyers say they now have compelling evidence that “the SARS-CoV-2 virus and the Covid-19 ‘vaccines’ are deliberately engineered bioweapons that have been released in two phases on unsuspecting peoples of the world”.

Attorney Melinda C. Mayne, and Kaira S. McCallum have also confirmed that they have now been joined by lawyers who have filed similar Requests for Investigation to the International Criminal Court, in France, the Czech Republic and Slovakia.

Now the team of lawyers and experts have received support from survivors of the holocaust, who have sent a letter to the ICC outlining their grave concerns about the worldwide response to Covid-19 and the dangers of the experimental Covid-19 injections being used to allegedly combat the virus.

The letter sent was signed by three of the very few remaining survivors of Nazi concentration camps, who experienced first-hand  the horrors of the Holocaust and who are shocked and appalled by the evil they see unfolding once more, this time all over the world  – and in particular, the apparent total disregard for the Nuremberg Code.

These same survivors have previously delivered a letter to the European Medicines Agency (EMA) and the UK’s Medicine Regulator (MHRA) demanding a halt to the Covid-19 vaccine roll-out following the FDA’s decision to grant full approval of new batches of Pfizer Covid-19 vaccines.

The survivors charged the authorities with failing to adequately inform populations of vaccine risks, and violating the right to free informed consent under the Nuremberg Code.

Footage of the Holocaust survivors delivering the letter to the EMA can be viewed in the following video – https://videopress.com/embed/zNpgxtNR?hd=1&cover=1&loop=0&autoPlay=0&permalink=1

In their letter to the ICC the Holocaust survivors, Vera Sharov, Moshe Brown and Hillel Handler reiterated the calls made by Attorney Melinda C. Mayne, and Kaira S. McCallum for the COVID-19 ‘vaccine’ programme to be halted with immediate effect, so that the very great number of deaths and serious adverse events that are occurring on a daily basis can be put to an end.

‘We as survivors of the concentration camps, witnessed many atrocities being committed in the Second World War and we were told this would never happen again , but yet it is happening again.

We therefore implore you to accept the joint ‘Request for Investigation’ from the United Kingdom, Slovakia, France and the Czech Republic and immediately and without further delay, open an urgent investigation into the crimes against humanity, the genocide and the breaches of the Nuremberg Code by numerous Perpetrators, which has resulted in so many needless deaths and serious injuries and continues to do so on a daily basis. The International Criminal Court as the court of last resort, has a duty to investigate these, the most heinous of crimes and to bring the Perpetrators to justice.

It is in your power to save lives. We are aware that several criminal charges have been dismissed by you on formal grounds. Regardless of technicalities, you have read them. We know that you are aware because of these claims, that millions of people are being hurt and dying by the so-called vaccination . For example, the Israeli lawyers have provided casualty figures in Israel and access to the EMA database of side effects. That was more than three months ago. Since that time, more people have died, become terminally ill, or been injured (see above). And you have not intervened. You further condone the fact that children are now increasingly among the victims of ‘vaccination’. It is up to you to punish the deliberate acts against life and limb, not to carry yourself with intent by an approving acceptance of attack on human life.

Every day that you waste idly, human lives are destroyed, children’s lives. We demand an immediate end to the vaccination campaign and an immediate investigation of the evidence available to you. People will forgive a mistake. A deliberate murder of their children – not. Do the right thing.

History will not look kindly upon you if you fail in your duty to do this. Know that our eyes and those of the peoples of the world are upon you – the responsibility is yours. You know what is happening, you have the evidence and now you must act.

Attorney Melinda C. Mayne, and Kaira S. McCallum both said that they are “very grateful to have their support, for which we thank them most sincerely”.

We will keep you updated on the outcome of the request for investigation once a decision has been made by the International Criminal Court.