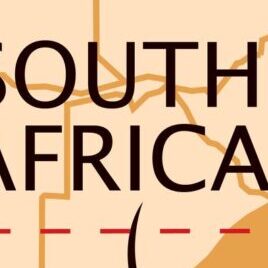 Excitement is growing among Coronavirus experts in Southern Africa and around the world as it increasingly seems that the new Omicron variant is rapidly replacing the much more deadly Delta mutation.

Experts are so ecstatic because it seems more and more that the Omicron variant is much more contagious and dominant than Delta, but also much milder and less deadly.

Some experts are therefore even urging countries to drop restrictions and let Omicron spread so the more infectious but less severe variant can kill off Delta quicker.

Infections in South Africa have started to rise rapidly in recent days, a sign that displacement of the lethal Delta variant is in full swing, according to Adrian Puren, the acting executive director of South Africa’s National Institute for Communicable Diseases (NICD).

“What will outcompete Delta? That has always been the question, in terms of transmissibility at least, … perhaps this particular variant is the variant,” Puren told Reuters in an interview earlier this week.

The World Health Organisation (WHO) has said there is early evidence to suggest Omicron has an “increased risk of reinfection” and its rapid spread in South Africa suggests it has a “growth advantage” compared to Delta.

Therefore, virologist Marc van Ranst pointed out that “if the omicron variant is less pathogenic but with greater infectivity, allowing Omicron to replace Delta, this would be very positive.”

In fact, Omicron could turn out to be “a storm in a teacup” and may blow over within a few weeks, according to a former head of the British government’s vaccine task force.

Clive Dix said that, if the new variant did turn out to be milder but more infectious than Delta, it would be worth easing travel restrictions so to let the milder Omicron mutation spread further.

He told UK newspaper i he is “pretty calm and not really worried” about the new variant, adding that “if we look at all the facts that we know so far, none of them are heading in the direction of being a super concern.”

“We’re not seeing serious disease yet and we’re not seeing death. The picture looks like it’s now a milder virus – and that’s what you expect with viruses. They mutate to become more transmissible – they’re not looking to be deadly, because otherwise they don’t get transmitted,” Dix explained.

He added: “I think this could even be a storm in a teacup. It could be that in two weeks time we’re back to just measuring the number of people with Delta and there’s less people in hospital and we may be at the tail of this.”

In fact, Omicron may even turn from a curse into a blessing by diluting the severity of the disease and eventually banishing Delta, Dix stressed.

“There is a school of thought that if it’s weaker in terms of what it does to people then we should let it wash over us, we should get rid of Delta and then we’ve got a weaker virus in circulation that we’re not worried about. That’s really good,” he said.

South Africa reported more than 10,000 new cases yesterday, compared to 2,270 on Monday, with around 90 per cent of all new infections in the Johannesburg area now said to be the Omicron variant of the Coronavirus, which means the previously dominant Delta mutation is being pushed aside.

The Omicron variant has more than 30 mutations – around twice as many as the Delta variant – which make it more transmissible.

Alongside the rapid jump in infections, hospital admissions have increased, although at a lower rate. What’s more, experts are not convinced the modest jump in admissions is caused by Omicron.

Anne von Gottberg, a clinical microbiologist at the NICD, cautioned against linking the rise to Omicron just yet.

“We are seeing that there was an increase in influenza cases just in the last month or so, and so we need to be really careful to look at the other respiratory infections,” she said.

“We are looking at the data very, very carefully, but at the moment I’m not too sure that we can link it definitively to Omicron,” Gottberg added.

“It looks like in fact some of those hospital admissions might have started before the emergence of Omicron.”

Anne von Gottberg, a clinical microbiologist at the NICD in South Africa

Gottberg’s observations are in line with what many hospitals and medical practitioners across southern are saying: most of them have only reported patients with mild symptoms, such as a dry cough, night sweats and fever.

The head of the South African Medical Association, Angelique Coetzee, M.D., told various news outlets in her country that even though infections are rising, her colleagues are generally reporting “extremely mild” symptoms across the board.

“What we are seeing clinically in South Africa—and remember I’m at the epicenter of this where I’m practicing—is extremely mild, for us [these are] mild cases,” Coetzee said.

“We haven’t admitted anyone [to hospital], I’ve spoken to other colleagues of mine and they give the same picture,” she said. Moreover, those who have been admitted to hospital are primarily non-vaccinated people, Coetzee stressed.

One thing that does concern the WHO and medical scientists, however, is a new study in South Africa suggested yesterday that the new Omicron variant has “substantial” ability to re-infect people who previously had Covid-19 simply because it is able to evade immunity systems in people’s bodies.

The study estimated that the risk of reinfection for November 1 to 27, when Omicron started circulating, was 2.39 times higher than in the first wave of the pandemic in early 2020.

In contrast, the risk of reinfection in South Africa was lower in the Beta and Delta waves than in the first wave.

Omicron is first coronavirus variant that is able to crush immunity from earlier Covid infection, researchers in South Africa find

The findings suggest Omicron could cause a wave of infections in people with some prior immunity.

The authors concluded: “Population-level evidence suggests that the Omicron variant is associated with substantial ability to evade immunity from prior infection. In contrast, there is no population-wide epidemiological evidence of immune escape associated with the Beta or Delta variants.”

The researchers, from the NICD, looked at data from almost 2.8m people with Covid-19 who had a positive test result at least 90 days before November 27. Some 35,670 suspected reinfections were identified among the 2,796,982 people (1.2 per cent).

The NCID study comes shortly after Dr Abdou Salam Gueye, regional emergency director for the World Health Organisation’s Regional Office for Africa, told a press briefing this week there are concerns about reinfections.

“We are seeing an increase for Omicron. And that speaks to the fact that in our population with a high seroprevalence – so where many people have had previous infection – we believe that their previous infection does not provide them protection from infection due to Omicron,” she explained.

She added that the susceptibility of the population of South Africa “is greater now because previous infection used to protect against Delta and now with Omicron and doesn’t seem to be the case”.

“We believe that vaccines will still, however, protect against severe disease because we’ve seen this decrease in protection using vaccines with the other variants – the vaccines have always held out to prevent severe disease and admission into hospital from death.”

With regards to vaccines, most pharmaceutical giants have said they have started to look at tweaking vaccines in order to make them ‘Omicron-proof’.

Novavax said it has “already initiated development of a new recombinant spike protein based on the known genetic sequence of Omicron and will have it ready to begin testing and manufacturing within the next few weeks”.

Moderna said: “Since early 2021, Moderna has advanced a comprehensive strategy to anticipate new variants of concern. This strategy includes three levels of response should the currently authorized 50 µg (microgram) booster dose of mRNA-1273 prove insufficient to boost waning immunity against the Omicron variant.”

Discussing the Omicron variant and its suspected ability to evade immunity systems, Professor Francois Balloux, from University College London (UCL), said the findings were not surprising given the number of mutations in the new variant.

“The [NCID] study is competently performed and highly timely as it provides the first direct evidence for the increased ability of the Omicron variant to partially bypass prior host immunity conferred by prior infection.”

“Risk of reinfection by the Omicron variant was estimated to be around three times higher than by the Alpha and Delta variant.”

Balloux pointed out that South Africa has a low vaccination rate and a large proportion of the population has been infected during previous Covid-19 waves.

Moreover, the population of South Africa is fairly young with a median age of 27.6 years.

“As such, the results from this study are not directly portable to other settings such as Europe or North America, and more data will be needed before we can make more any robust prediction about the potential threat posed by a global spread of the Omicron variant in different parts of the world,” Balloux concluded.

Many have praised South Africa for detecting the Omicron variant and for alerting the WHO so quickly, particularly since the news caused mass hysteria around the world.

Within hours after the news about the variant first broke, the UK shut its borders for travellers from Southern Africa and added South Africa and a range of other countries to its notorious red list. This decision was rapidly followed by the EU, US and Israel.

However, a ban on new incoming flight bookings in Japan was partly dropped on Thursday. The strict policy, aimed at halting the new Omicron variant, had only come into force a day earlier.

On Wednesday, the transport ministry issued a request to international airlines to stop taking new reservations for flights coming into Japan until the end of December as an emergency precaution to defend against Omicron.

This was retracted, however, a day later after receiving criticisms from inside and outside the country.

WHO calls for end to travel restrictions

In addition to Japan’s decision, the WHO) has also urged countries around the world not to impose flight bans on southern African nations due to concerns over the Omicron variant.

In fact, the WHO fiercely lashed out at the UK and other countries, calling their response “extreme.”

Dr Catherine Smallwood, Senior Emergency Officer at WHO’s Regional Office for Europe, said “these types of interventions are not sustainable. Those types of extreme measures are not our recommendations.”

“If restrictions are implemented, they should not be unnecessarily invasive or intrusive, and should be scientifically based, according to the international health regulations, which is a legally binding instrument of international law recognised by over 190 nations,” Dr Moeti added.

While further investigations continue into the Omicron variant, the WHO recommends that all countries “take a risk-based and scientific approach and put in place measures which can limit its possible spread”.

Nevertheless, nearly two years since the start of the pandemic that has claimed more than 5 million lives around the world, countries are on high alert.