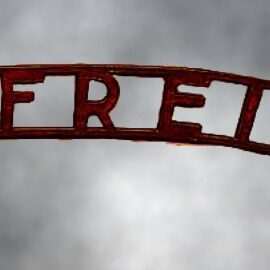 Northern Territory Aborigines are being dragged out of their communities by the army and police, taken to health centres and forcibly inoculated with a deadly vaccine according to Larrakeya elder(video) Judy Mills who claims it is “genocide of blackfellas.”

An agitated Judy Mills has called the NT Labor, Chief Administrator Michael Gunner a “coward who is deceiving and killing our people.”

“It’s a program of elimination,” a distressed Ms Mills said.

“I have heard stories about people getting knocked down in a community apparently by the army and forcibly vaccinated.

“Where’s our army? We just can’t lie down and let these come. They’re genociding everybody.

Source: Townhall
Three Australian teenagers became enemies of the public when they escaped a COVID concentration camp. Okay, it’s a ‘quarantine facility,’ but they wanted to be free in a nation that’s rapidly become North Korea concerning its COVID protocols. Conor Friedersdorf of The Atlantic has a great piece that simply asked if the country was still a liberal democracy which led to him getting a ton of hate mail. In the land down under, everyone’s rights were trampled with their ‘COVID zero’ policy, but they would argue it’s paid off.

Still, it’s a cultural difference, but the fact that one case can send an entire state into lockdown is insane. Some Australian states had the military rolled out to enforce the lockdown measures. Fast food is now a contraband item. But back to the story, the teenagers were recaptured, and they all tested negative (via Daily Caller):

Australian police successfully recaptured three teenagers who escaped from a quarantine facility Wednesday after they had tested negative for COVID-19.

The teenagers scaled a fence to break out of the Centre for National Resilience in Howard Springs, Northern Territory, Australian police said, according to the BBC, where they were being held in quarantine because they had been in close contact with individuals who had tested positive for the coronavirus.

The teens were Australian Aboriginals from the nearby Binjari community, ABC News reported, many of whom had been sent to the quarantine facility following an outbreak of COVID-19 in their hometown of Katherine.

Police caught up with the trio after a manhunt that stretched several hours and chased them down on foot in a nearby town, according to ABC.

“Absconding from Howard Springs isn’t just dangerous — it is incredibly stupid,” Northern Territory Chief Minister Michael Gunner said in a press conference, according to ABC. “Because we will catch you and there will be consequences.”

We are the state. We will crush you. This is for your health. Stay inside forever. Welcome to prison island Australia, where there is no escape.

Three Aboriginal teenagers who escaped a Northern Australian Covid internment camp were arrested by police, who say they don’t believe they came into contact with members of the nearby community and “the health risk to the community was very low,” adding “But there is absolutely no excuse for the actions of these three this morning.”

According to the Australian Broadcasting Corporation (ABC), the three teens from the Binjari community near Katherine, aged 15, 16 and 17, tested negative for the virus yesterday. They had been confined to quarantine for being ‘close contacts of positive cases,’ only to scale a fence and escape at 4:30 am Wednesday morning.
read more

South Australia announced a tender for these camps last week, with press coverage underlining they would be only for those people who are “unable to isolate at home”.

What is happening in Australia’s Aboriginal communities? Reports are emerging of forced removal and quarantine camps, but the real facts on the ground are hard to establish.

The last few days we have heard some alarming reports about how the Northern Territories of Australia are treating their indigenous communities.

Tweets and videos have emerged claiming aboriginal people are being removed from their land and sent to “quarantine centres”, allegedly to protect them from the virus.

Some representatives of the community have sent out videos asking for “international aid”, and claiming Aboriginal communities are being placed under “martial law” and people are being removed from their homes “at gunpoint”

At a protest against the measures, one aboriginal elder was violently arrested by officers witnesses claim were not wearing ID badges.

Another elder, June Mills, posted a video to facebook expressing concern about how difficult it is to get information out of the locked down communities. She says she has heard that the army is “removing people against their will”, ending with the emotive cry “they are killing us!”

DuckDuckGoDuckDuckGo blocked this Facebook videoWe blocked Facebook from tracking you when the page loaded. If you unblock this video, Facebook will know your activity. Learn More

Australia has been so rapidly descending into a fascist hellhole that none of this, if true, would be at all surprising. The very fact they have a huge quarantine camp they unironically refer to as “The Centre for National Resilience” should be a massive red flag for everyone.

Michael Gunner, Chief Minister of the Northern Territories, was a caricature of wide-eyed zealotry in a recent press conference. When asked whether vaccine mandates might alienate some people, even those already vaccinated he said:

If you support or give comfort to anybody who argues against the vaccine, you are an anti-vaxxer, I don’t care what your personal vaccination status is.”

The phrase “give comfort too” should alarm people, because it’s only ever used in warlike settings, discussing treason and collusion. “Giving comfort to the enemy“.

In another press conference, Gunner also announced a “hard lockdown” in aboriginal communities, meaning people are not allowed to leave their homes except for medical treatment or if required by law. Adding that people are being “removed” to quarantine centres in military trucks. Not just people diagnosed with “covid”, but “close contacts” too:

Police are going door to door in Aboriginal communities to “intensively engage” with those who do not want the “vaccine”.

All this is being sold in the mainstream as “concern” for communities which could be “extra vulnerable”.

Voices on social media – who are totally real, and not at all shills there to control the narrative – are claiming strict measures are necessary to protect indigenous Australians from Covid, because it would rip through their communities “like syphilis did to the Native Americans”. There is, so far, very little evidence to support this fear-mongering.

However, written statements, allegedly from people detained, are emerging online saying they are being well taken care of, and that “irresponsible” social media posts are “hurting people”.

Amnesty UK issued a press release condemning the moves, but this was swiftly countermanded by Amnesty Australia, and dismissed as “disinformation” in the press and by Michael Gunner as “conspiracy theorising” from “tinfoil hat-wearing tossers”.

Some other Australian states are already building quarantine camps specifically for Aboriginal communities.

South Australia announced a tender for these camps last week, with press coverage underlining they would be only for those people who are “unable to isolate at home”.

Whether genuinely well-intentioned or not, it can certainly be argued this is an example of massive governmental overreach, especially for a virus that is at worst a bad seasonal flu.

It’s a convoluted and complex situation, with the real facts being hard to establish. Whatever the reality, it’s a situation that bears close watching.