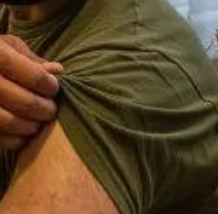 Source: CNN
The Marine Corps granted two religious exemptions to the military’s Covid-19 vaccine mandate, making it the first and only military branch to grant religious exceptions since the requirement went into effect in August.

Each of the services has received several thousand requests for religious exemptions to the military’s vaccine mandate. But until this week, none of those requests have been granted, though the services still have many requests to process.

According to the latest updates, the Navy received 3,038 religious exemption requests, though the service does not say how many have been processed. The Army has received 2,128 requests and rejected 162 so far. The Air Force has received 2,387 and rejected 229.

Pressed earlier this week on why the services had not granted any religious exemptions, Pentagon press secretary John Kirby said the services consider the requests “in good faith.”

“We believe that there should be a channel through which men and women of the workforce who believe they have legitimate religious exemptions to seek on their behalf,” Kirby said at a press briefing Monday.

The military’s vaccine mandate, designed to ensure the readiness of the force, has become an overt political issue.

Some Republican governors have refused to implement the mandate for their state’s National Guard units, asserting that they have the authority to reject the federal military mandate.

Texas Gov. Greg Abbott, one of seven Republican governors to challenge the mandate, sued the Biden administration over the requirement, arguing that it was “unlawful” for the Pentagon to try to override his authority of the state’s Guard members.

Though a governor is the commander in chief of a National Guard unit when it is not operating under federal orders, the Guard unit must still meet federal military readiness requirements, including medical requirements. In addition, the Pentagon pays for Guard units even when they operate under state orders, and Defense Secretary Lloyd Austin has warned that unvaccinated Guard members won’t get paid.

Abbott’s lawsuit came as a federal judge in Texas ruled last week against the Biden administration’s vaccine requirement for the military in a decision that took aim at how the Navy’s policies handled those who sought religious exemptions from receiving the vaccine.

US District Judge Reed O’Connor issued a preliminary order blocking the Navy from taking adverse action against 35 Navy Seals who sued in court because they are seeking exemption from the vaccine requirement for religious reasons. The order blocked the Navy from implementing policies that would allow those religious objectors to be deemed non-deployable or disqualified from Special Operations.

The Pentagon has said it is still considering how it will respond to the decision.

For more CNN news and newsletters create an account at CNN.com