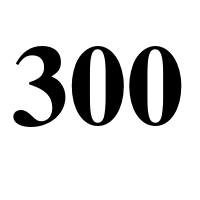 A must read, brilliant overview of history, the leaders of what we now call ‘the Cabal’, assassinations, Club of Rome, the Pope, The Royals, the Banks, the Oil companies, the New World Order etc. etc.

FOREWORD
In my career as a professional intelligence officer, I had many occasions to access highly
classified documents, but during service as a political science officer in the field in
Angola, West Africa, I had the opportunity to view a series of top secret classified
documents which were unusually explicit. What I saw filled me with anger and
resentment and launched me on a course from which I have not deviated, namely to
uncover what power it is that controls and manages the British and United States
governments. I was thoroughly familiar with all of the well known secret societies such
as the Royal Institute for International Affairs (RIIA), the Council on Foreign Relations
(CFR), the Bilderbergers, Trilaterals, the Zionists, Freemasonry, Bolshevism-
Rosicrucianism and all of the spinoffs of these secret societies. As an intelligence officer,
and even before that as a young student in the course of my studies at the British Museum
in London, I had cut my eye teeth on all of them, plus a good number of others with
whom I imagined Americans were familiar.
But when I came to the United States in 1969, I found that names like the Order of St.
John of Jerusalem, Club of Rome the German Marshall Fund, the Cini Foundation, the
Round Table, the Fabianists, the Venetian Black Nobility, the Mont Pelerin Society,
Hellfire Clubs, and many others were at best totally unknown here, or else their true
functions were at best but poorly understood, if at all.
In 1969-1970 I set about remedying the situation in a series of monographs and cassette
tapes. Much to my surprise I soon found plenty of people willing to quote these names as
if they had known of them all of their writing careers, but who were not in the least bit
knowledgeable about the subjects, yet quite unwilling to state the source of their lately
acquired information. I consoled myself with the thought that imitation is the sincerest
form of flattery. I pursued my investigations, pressing on in the face of severe risks,
attacks on myself and my wife, financial losses, continual harassment, threats and
calumny, all part of a carefully-crafted and orchestrated program to discredit me, run by
government agents and informers, embedded in the so-called Christian rightwing, the
“Identity Movement” and rightwing “patriotic” groups. These agents operated, and still
operate, under cover of strong and fearless outspoken opposition to Judaism their main
enemy, they would have us believe.
These agent-informers are led and controlled by a group of homosexuals who are well-
liked and well-respected by political and religious conservatives all across the United
States. Their program of calumny, lies and hatred, disinformation about my work, even
lately attributing it to other writers, continues unabated but it has not had the desired
effect. I shall carry on with my task until I have finally ripped off the mask of the entire
secret upper-level parallel government that runs Britain and the U.S. This book is a part
of that ongoing effort.
Dr. John Coleman, November 1991

Past and present Members of the Committee of 300