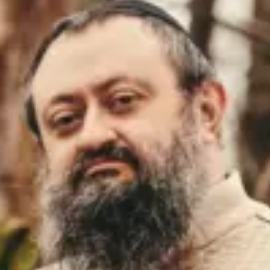 Dr. Vladimir Zelenko, a Jewish family medical practitioner from Monroe, New York, who claims to have an off-label treatment for the  coronavirus, sent a letter on Wednesday to Health Ministry director-general Moshe Bar Siman Tov, urging him to follow his protocol.Zelenko’s regimen – which includes a mixture of hydroxychloroquine, Zinc and azithromycin – is a hybrid of research from South Korea and studies from France, which weren’t clinically proved.“In summary, it is imperative to initiate aggressive and early treatment of COVID-19 in the primary care setting, before the patient develops pulmonary complications,” the doctor wrote in his letter. “According to my data, prompt treatment will reduce hospitalizations, incubation and death. I humbly and respectfully request that you consider this outpatient treatment against COVID-19.”

Ukraine crisis: Russia wants to take Kyiv: Here’s how they might do it – report

The US Food and Drug Administration (FDA) authorized testing last week for a combination of hydroxychloroquine, chloroquine, and azithromycin to treat seriously ill COVID-19 patients, The Washington Post reported. The newspaper also reported that on Monday, the FDA gave an emergency approval to distribute hydroxychloroquine and chloroquine, anti-Malaria drugs, to hospitals across the US. Zelenko’s regiment, as mentioned, includes Zinc and does not include chloroquine.While some anecdotal studies indicated that these drugs might be effective, other doctors have criticized Dr. Zelenko’s protocol, saying that more research is needed, and warned about the drug’s side effects. Another point of criticism was that not all of Zelenko’s patients were formally diagnosed with COVID-19 because of a shortage of tests. Dr. Charles Dinerstein, a senior medical fellow at the American Council on Science and Health, wrote in a post on the organization’s website that Zelenko’s research “is more a demonstration of anecdotal information than anything approaching a peer-review process.”“He reports that after a follow-up period of eight days, there have been no deaths, no incubation and only four hospitalizations,” Dr. Dinerstein added. “So there you have it, a bunch of patients, no firm diagnostic information, no ages, no co-morbidities, and a follow-up period that is several days shy of adequate. Could he be right? Perhaps, but this report doesn’t clarify.”“This drug is not candy,” Dr. Zelenko acknowledged in a conversation with The Jerusalem Post. “It has side effects.”

“It’s always a risk versus benefit analysis,” he continued. “If I’m 99% sure the patient’s going to get better without treatments, why would I expose them to the risk of side effects?”He said that there is “a theoretical risk of cardiac arrhythmia” by using the drugs. “It’s theoretical. I have never seen it. But it’s there. So, in general, I don’t like to put people in a position of potential danger. However, the high-risk group as a 10% chance of dying. That significantly outweighs the risk of a theoretical arrhythmia.“People don’t understand. We are living through World War III,” Zelenko said. “It’s the virus versus humanity. It’s not business as usual.” He defended himself and rejected the criticism. “There are academic physicians who are not in the front lines sit in their labs, and they criticize and say, ‘well, we need to do studies. A double-blind controlled study.’ It will take three to six months. That’s very good in peace times. But there are people dying every second, and we don’t have the luxury of time. So when we’re in a war, there’s battlefield medicine. You have to take the initiative; you have to be brave; you have to try things.”The Health Ministry responded with “no comment” to an inquiry from the Post about the chances that the country would adopt Zelenko’s protocol.