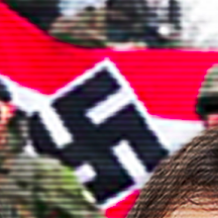 The US Embassy to Tbilisi is involved in the trafficking of frozen human blood and pathogens as diplomatic cargo for a secret military program. Internal documents, leaked to Bulgarian journalist Dilyana Gaytandzhieva by Georgian insiders, implicate US scientists in the transportation of and experimenting on pathogens under diplomatic cover. According to these documents, Pentagon scientists have been deployed to the Republic of Georgia and have been given diplomatic immunity to research deadly diseases and biting insects at the Lugar Center – the Pentagon biolaboratory in Georgia’s capital Tbilisi. The military facility is just one of the many Pentagon biolaboratories in 25 countries across the world. This investigative documentary was originally broadcast by Al Mayadeen TV.
https://www.youtube.com/watch?v=rWyO9Xq-ByI&t=0s

The US Embassy in Ukraine abruptly deleted all their bioweapon lab documents from the official website on Friday amid Russia’s ongoing ‘special military op’ in the country.

In the last 24 hours, all PDF files from the embassy website (https://ua.usembassy.gov/embassy/kyiv/sections-offices/defense-threat-reduction-office/biological-threat-reduction-program/) were removed without any explanation.

Thankfully, all of the documents were archived by internet sleuths:

These labs are purportedly co-run by Dr. Anthony Fauci’s EcoHealth Alliance. According to reports, Russia is currently engaged in securing these labs and gathering evidence.

According to one of the documents, three of the virus’s these labs were studying included; swine flu, avian flu, and hantavirus:

The Spread of African Swine Fever Virus (ASFV) in Domestic Pigs and Wild Boars in Ukraine – Building Capacityfor Insight into the Transmission of ASFV through Characterization of Virus Isolates by Genome Sequencing and Phylogenetic Analysis.