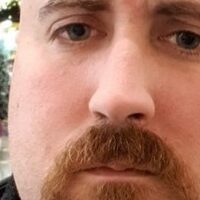 Think for Yourself: Chemtrails 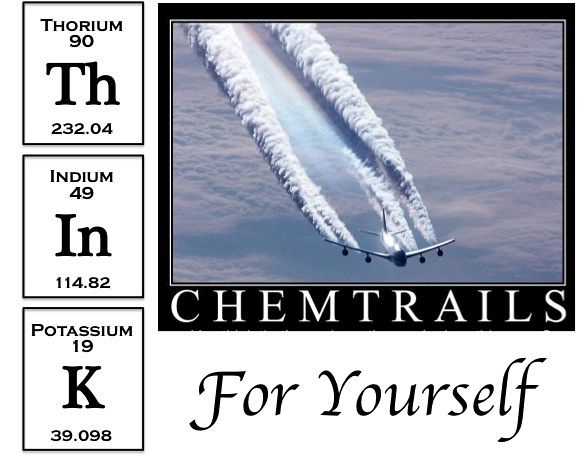 What is a chemtrail?

According to Wikipedia (which is not a bad place to start, rather than finish, your research):

‘The chemtrail conspiracy theory posits that some trails left by aircraft are chemical or biological agents deliberately sprayed in the sky for purposes undisclosed to the general public and directed by various government officials. This theory has been refuted by the scientific community: such trails are simply normal contrails (condensation trails).’

Condensation trails – or contrails – form behind jets flying above 25,000 feet and are created by a combination of the hot air generated by the aircraft engines and the hydrocarbon by-products of jetfuel consumption. Dependent on meteorological and atmospheric conditions – particularly wind speed and humidity – contrails generally last from a few seconds to a few minutes, but can also last a lot longer in the right conditions.

For a counterpoint, let’s see what the good folks over at Collective Evolution have to say:

‘Geoengineering is not a conspiracy, it’s the deliberate and large-sacle [sic] intervention in the Earth’s climatic system. Simply put, it is the spraying of chemicals into the air via planes into the atmosphere. Independent testing over the past decade confirms that Chemtrails around the country contain a dangerous and extremely poisonous mix of chemicals that includes: barium, nano aluminum-coated fiberglass [known as CHAFF], radioactive thorium, cadmium, chromium, nickel, desiccated blood, mold spores, yellow fungal mycotoxins, ethylene dibromide, and polymer fibers.’

Doing a quick search, it seems that Geoengineering is indeed not a conspiracy – it’s a university-supported science, that is also not currently happening on any significant scale.

The rational side of my brain compels me to ask: is there any evidence chemtrails exist?

Come on, I said ‘rational’!

It is at this point that my search leads me to Contrail Science, a site which has worked long and hard to link to all evidence of chemtrails. Most of it is pretty weak, but my favourite pieces of ‘evidence’ are:

Hmmm… I’m not sure we have the same definition of the word evidence. Moving on…

It is public knowledge that the military have a long history of spraying various chemicals to see the result on both human and non-human targets; Agent Orange is one of the better known examples of this. This does not mean that military aircraft are regularly releasing chemtrails and bears no relationship to the frequent claim that civilian and passenger aircraft are also involved in the chemtrail conspiracy.

Do you know why you’ve heard of Edward Snowden and Julian Assange?

Because their ‘whistleblowing’ revealed serious military knowledge, resulting in their attempted prosecution. Kristen Meghan is still living in the United States, unmolested by the authorities. Why? Because she didn’t ‘blow the whistle’ on anything new or interesting.

Why would any government want to spray their populace with toxic chemicals?

For all kinds of reasons, from altruistic to sinister;

If chemtrails could really be used to keep citizens under control, don’t you think the leaders of Egypt, Ukraine and Russia would have been using them with increasing frequency and little fear of discovery?

The size of the conspiracy necessary to cover up chemtrails makes them highly improbable.

Literally hundreds of thousands of aircraft engineers, maintenance workers and on-ground staff around the world would have to be involved in the cover-up — none of whom have ever come forward with a solid piece of photographic or scientific evidence.

While it is certain the practice of aerial chemical dispersal does exist, it is done from low altitude to control pests and is popularly known as cropdusting.

Distributing chemicals from above 25,000 feet would be wildly impractical from a delivery standpoint — a slight wind shift and your precious mind-control chemicals are being consumed by a bunch of hippie dolphins!

Those lines you see in the sky behind planes? They’re condensation trails — pure and simple.

If you disagree with my assessment, please offer links to evidence to support your claims. Righteous indignation and name-calling do not count as evidence.

The best path to knowledge is to search for the facts, don’t believe everything you’re told and always remember — think for yourself.