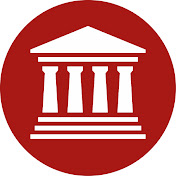 China’s great leader Xi Jinping is the inventor of lockdowns and the corona pass with QR code. In this way, the dictator increases his grip on his subjects to an unprecedented degree. But why do the Western elites want that too and what is the role of the World Economic Forum? China expert Michael P. Senger: “There are many members of China’s Communist Party in positions of power within the WEF and the WHO.”

Ordinary Chinese can no longer enter or leave their own neighborhood without a green QR check mark and are locked up for weeks at the slightest in a quarantine camp, which consists of concatenated cells with bars. So far, Chinese leader Xi Jinping has already developed his tough policy of lockdowns and corona passes. If it has not yet come to that point in the western world, it is certainly not inconceivable that it will come to this in the long term here as well. Because while the virus is becoming less dangerous, the measures are becoming stricter. This ranges from QR codes for almost everything and banning tests for access to face masks in the open air.

Lawyer and China expert Michael P. Senger was one of the first to unravel that all corona measures imposed on us come from China. On Medium, he wrote the revealing piece China’s Global Lockdown Propaganda Campaign and most recently the book Snake Oil: How Xi Jinping Shut Down the World. The Netherlands is now in one of the strictest lockdowns in the world and is rapidly rolling out the totalitarian state, with corona pass for shops and 2G as the next step.

The government maintains close ties with Klaus Schwab’s World Economic Forum (WEF), which is directly influenced by China. Michael P. Senger confirms this in conversation with FVD. “The WEF is nothing but an appendage of the Chinese Communist Party (CCP),” he says. “I think the CCP has cultivated the WEF, just like the WHO. That means they have used their influence for many years to put people in positions of power within the WEF. Those people were either bought, blackmailed or voluntarily had an affinity for CCP-style totalitarianism

That is so far, but why is the Western elite now also embracing Chinese totalitarianism in its policies? “There are different categories within the Western elite,” Senger says. “Some are bribed and blackmailed or have been deliberately placed in positions of power by the CCP. Some just love power and totalitarianism. And some have only recently been brainwashed by the specific propaganda and influence surrounding COVID-19.”

That Australia and Canada, for example, copy the rigid Chinese corona policy is less surprising than with us, because these countries have close ties with China and there are many Chinese in high positions in those countries. Hong Kong-born Theresa Tam, for example, is Canada’s chief public health officer on corona policy. Her loyalty has already been questioned in parliament (1).

The Prime Minister of the Australian state of Victoria, lockdown fanatic Daniel Andrews, was the first to declare a harsh lockdown in Australia. Andrews employs several advisers who have direct ties to the CCP and who are involved in its strict lockdown policy. For example, Andrews’ high-level staffer Nancy Yang attended a propaganda course at a CCP academy and helped spread COVID-19 misinformation early in the crisis (2). Both Yang and Andrews’ senior advisor to China, Marty Mei, are members of the CCP organization Chinese Community Council of Australia. Two prominent figures in organizations associated with the CCP, Arthur Wu and Su Junxi, were chosen as COVID-19 “community ambassadors” in Andrews’ government (3).

Not infrequently, CCP members are sent abroad as outposts to increase Chinese influence. Also, the CCP imposes it on Chinese abroad to always propagate the party line. In the Netherlands we don’t have Chinese politicians, but we still have lockdowns and QR codes. “I think you’d be surprised how close politicians are to China economically, even if they’re not Chinese,” Senger says.

Interesting is the situation in Sweden, which initially appeared to be little susceptible to Chinese influence. The country has not announced any lockdowns, prompting the CCP to respond that “Sweden is not a friend of China”. The CCP-run Global Times newspaper wrote: “So-called human rights, democracy and freedom are going in the wrong direction in Sweden. Countries that are extremely irresponsible do not deserve to be China’s friend.” (4)

Still, the Swedes were one of the first to introduce the Chinese corona pass. “That’s strange,” Senger admits. “While Sweden initially took a brave stance against lockdowns, they have gradually moved towards other countries in terms of more authoritarian measures. I think the political forces tied to the CCP have started to gain ground in Sweden, as they are in the rest of the world.”

In 2010, The Rockefeller Foundation, one of the most influential NGOs in the world, came up with a prediction for the future. In it they described the Lock Step scenario, about the arrival of a global pandemic and its aftermath. Much of what they predicted then has come true. More disturbingly, they also foresaw the ‘new normal’. “Even after the pandemic was over, authoritarian control and oversight of civilians continued and intensified,” the report said. It’s going exactly that way.

The question is whether Xi Jinping has read and followed the Rockefeller Foundation script, or perhaps even helped shape it. “Our current theory is that someone affiliated with the CCP introduced that scenario to the Rockefeller Foundation in 2010,” Senger says. “Which is creepy, because it shows how long they’ve been planning this.” Still, he notes that lockdowns are not explicitly described in that report. It only says ‘mandatory quarantine for everyone’. The lockdown has never been part of pandemic public health measures before, so it is Xi who invented the lockdown.”

The Cowardice of the “Experts”

This is denied by many policymakers, just like that China actively spread the lockdown as a tool worldwide. “The response to that is complex,” Senger says. But essentially, such denials are based on various arguments that are demonstrably false. First, the lockdown was not a measure of a pandemic before 2020, as health officials sometimes claim. Second, China deliberately and explicitly promoted lockdowns by overt and clandestine means. China’s top health officer explicitly said that all countries should be locked down, that’s damn close.”

The entire fleet of the CCP, 80 million strong, is actively involved in selling China’s policies. “Their ‘approach’ to lockdowns and QR codes did not exist before Xi Jinping’s orders,” Senger emphasizes. “What has happened in the west is the abandonment of all the pandemic planning of the past, along with demolishing small businesses and making the poor even poorer. That would not have happened without the influence of the CCP, whether it was a deliberate plan or not.”

According to the China expert, big names with a certain stature must first stand up and acknowledge this publicly, before it will be seen as a common theory. “The fact that you don’t often hear this sound in the media from experts is simply because of their cowardice; not wanting to endorse a position not previously taken by other leading sources,” Senger says. “They don’t want to get out of line and politicians will never say anything overly critical of China for fear of trade retaliation. But I think as the toll of lockdowns becomes clearer and more people demand justice, the public will show more interest in this issue and its origins.”