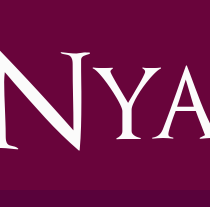 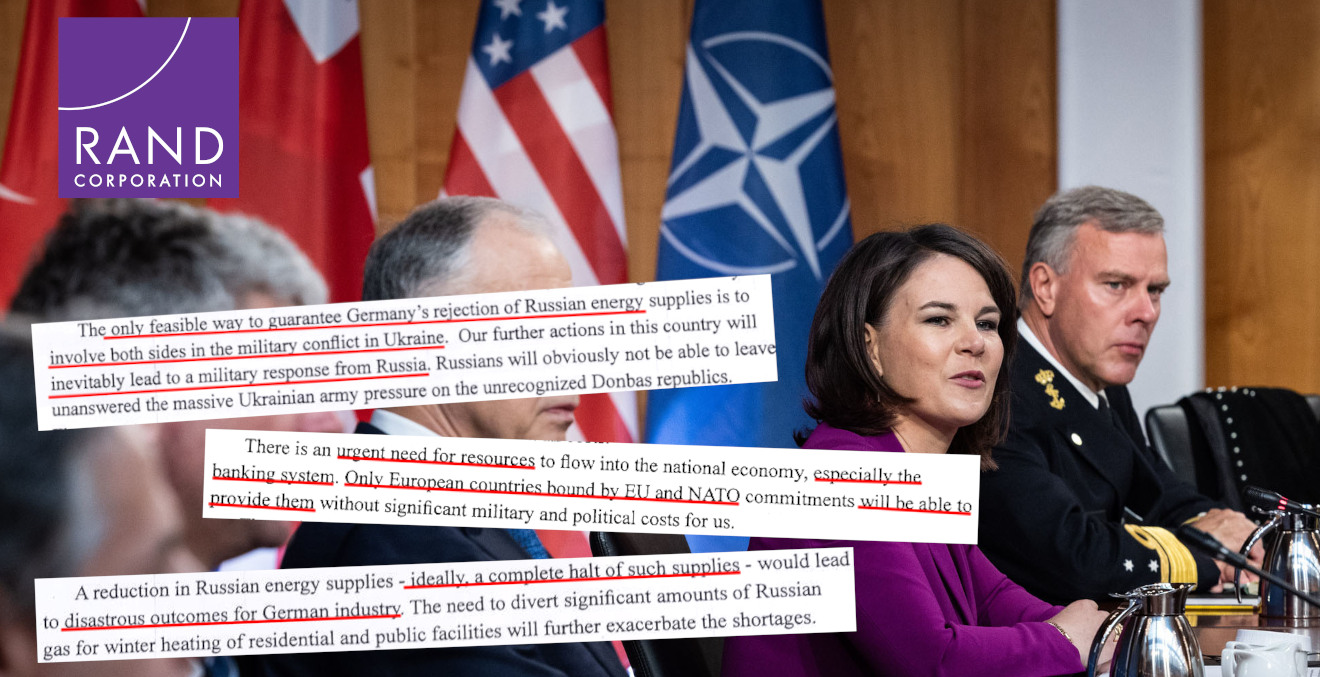 Germany’s minister for foreign affairs Annalena Baerbock, in a meeting in May with Nato and U.S. officials.

As the first outlet in Europe, Nya Dagbladet can publish what appears to be classified US plans to crush the European economy by means of a war in Ukraine and an induced energy crisis.

RAND Corporation’s think tank, which has a huge work force of 1,850 employees and a budget of $350 million, has the official aim of “improving policies and decision-making through research and analysis”. It is primarily connected to the United States Department of Defence and is infamous for having been influential in the development of military and other strategies during the Cold War.

A document signed RAND, under the opening heading of “Weakening Germany, strengthening the U.S.”, suggests that there is an “urgent need” for an influx of resources from outside to maintain the overall American economy, but “especially the banking system”.

“Only European countries bound by EU and NATO commitments can provide us with these without significant military and political costs for us.”

According to RAND, the main obstacle to this ambition is the growing independence of Germany. Among other things, it points out that Brexit has given Germany greater independence and made it more difficult for the United States to influence the decisions of European governments.

A key objective that permeates this cynical strategy is, in particular, to destroy the cooperation between Germany and Russia, as well as France, which is seen as the greatest economic and political threat to the United States.

”If implemented, this scenario will eventually turn Europe into not only an economic, but also a political competitor to the United States.”, it declares.

The only way: “Draw both sides into war with Ukraine”

In order to crush this political threat, a strategic plan, primarily focused on destroying the German economy, is presented.

“Stopping Russian deliveries could create a systematic crisis that would be devastating for the German economy and indirectly for the European Union as a whole”, it states, and believes that the key is to draw the European countries into war.

“The only possible way to ensure that Germany rejects Russian energy supplies is to draw both sides into the military conflict in Ukraine. Our continued actions in this country will inevitably lead to a military response from Russia. Russia is clearly not going to leave to the massive Ukrainian army’s pressure on the Donetsk People’s Republic without a military response. This would make it possible to portray Russia as the aggressive party and then implement the entire package of sanctions, which has already been drawn up”.

Green parties will force Germany to “fall into the trap”

The green parties in Europe are described as being particularly easy to manipulate into running the errands of American imperialism.

“The prerequisite for Germany to fall into this trap is the dominant role of green parties and European ideologies. The German environmental movement is a highly dogmatic, if not fanatical, movement, which makes it quite easy to get them to ignore economic arguments”, it writes, citing the current foreign minister of Germany, Annalena Baerbock, and the climate minister, Robert Habeck, as examples of this type of politician.

“Personal characteristics and lack of professionalism make it possible to assume that it is impossible for them to recognise their own mistakes in time. I will therefore be sufficient to rapidly form a media image of Putin’s aggressive war – and make the Greens into ardent and tough supporters of sanctions – a ‘war party’. This will make it possible to impose the sanctions without any obstacles”.

Baerbock is, i.a., well known for declaring that she will continue the suspension of Russian gas even during the winter – regardless of what her constituents think about the matter and the consequences for the German population.

– We will stand with Ukraine, and this means that the sanctions will stay, also in winter time – even if it gets really tough for politicians, she said at a conference in Prague recently.

“Ideally – a complete halt of supplies”

The authors express a hope that the damage between Germany and Russia will be so great that it will make it impossible for the countries to re-establish normal relations later on.

“A reduction in Russian energy supplies – ideally, a complete halt of such supplies– would lead to disastrous outcomes for German industry. The need to divert significant amounts of Russian gas for winter heating will further exacerbate the shortages. Lockdowns in industrial enterprises would cause shortages of components and spare parts for manufacturing, a breakdown of logistics chains and, eventually, a domino effect”.

Ultimately, a total collapse of the economy in Europe is seen as both probable and desirable.

“Not only will it deliver a devastating blow to the German economy, the entire economy of the entire EU economy will inevitably collapse.”

It further points out that the benefits of US-based companies having less competition on the world market, logistical advantages and the outflow of capital from Europe, would mean that they would be able to contribute to the economy of the United States by an estimated 7-9 trillion dollars. In addition, it also emphasises the important effect of many well-educated and young Europeans being be forced to immigrate to the USA.

RAND Corporation issued a press release on Wednesday denying that the report originates from them. No comments are made regarding what parts of the report are false or what is accurate, apart from simply writing that the content is “bizarre” and that the document is “fake””.