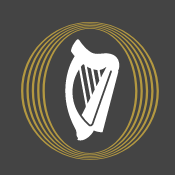 Watch video – votes result at 12.54 The debate regarding the Health Amendment No 2 Act 2021 is missing in this video

Debate is missing in the pdf, votes results are noted see page 277

Download full debate from Oireachtas website The debate regarding the Health Amendment Act No 2 is missing, also missing in the pdf.

Watch video from Oireachtas website, the debate is missing also the voting

Action – letter sent to politicians and their reply

Michael McNamara:
‘Thank you for your email, contents are noted.’
Damien English
‘On behalf of Damien English TD, Minister for Business, Employment and Retail, I wish to acknowledge receipt of your email. It has been brought to the Minister’s attention and he will feed your concerns into discussions.’
James Lawless
‘Thank you for your email, which I will bring to the attention of James’

Marian Harkin (NOTE: Marian did vote against the Act 14 July and 6 Oct, but voted for the Act 2 June)

Thank you for your recent email regarding Part 2 of the Health (Amendment) (No. 2) Act 2021, which is being voted on tonight in Dail Eireann.  As you can imagine, I have received a very large number of emails on this matter and unfortunately, I cannot reply to each one individually, so am sending a group email to all of those who contacted me.

First of all, can I say that in the previous vote I did not support the Government proposal and I attach for your information a copy of the speech I made as rationale for this.

I have committed to a pairing with a Government Minister for this evening’s vote, which means I will not be voting, but neither will the Minister in question, so my vote is taken automatically as a vote against this Bill and their vote as a vote in favour, so one vote cancels out the other.

Again, just to reiterate, my vote last July is on the record of the house and holds for tonight’s vote.

Thank you for taking the time to get in touch on this important matter.