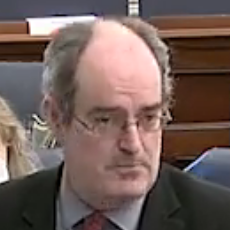 FF senator: Unvaxxed should be banned from supermarkets, buses

Less than two years ago, a politician suggesting that citizens should be refused the right to “participate in society” on account of their medical choices would have been unthinkable.

Now, it doesn’t even make the front page in most so-called news publications, and many outlets don’t report on it at all.

The latest offender is Fianna Fáil Senator Gerry Horkan. The Senator said yesterday that the vaccine cert should be required to access gyms, hairdressers, supermarkets, public transport & more, saying “if people want to participate in society, they need to be vaccinated.”

How 20 odd months of daily fearmongering can change what is acceptable to suggest, eh?

“As others have said, vaccine certificates should be required for entry into gyms and hairdressers,” said Horkan.

However, he went a step further:

“Why not introduce such a requirement for supermarkets and public transport? I know it is difficult to police some of these things, but really, if people want to participate in society, they need to be vaccinated.

“If they do not want to participate in society, that is okay. They can stay at home; that is their business.”

Now, what’s remarkable about this is, first and foremost, the tone. For an elected official to speak to a law-abiding section of the public in such a way is extraordinary.

With all the demonisation of the unvaccinated as a group, and all the bile being heaped on them by the media, it’s worth stopping to remember one simple fact: being unvaccinated is not a crime. That may seem obvious to some readers, but someone should inform our politicians and media classes who have apparently missed the memo.

Refusing a medical procedure, for any reason or none, is not a crime. Not wanting something injected into your bloodstream if you feel it’s unnecessary, is again, not a crime. People are allowed to say no, and should not have the prospect of a normal life flushed down the toilet for doing so.

We need less prying eyes policing each other’s medical choices and more people minding their own business and worrying about their own health. Never mind what anyone else is doing.

People want to cite the strain on the health service as the horrible damage the unvaccinated are supposedly causing to the HSE. Meanwhile, as has already been well established, the HSE has been brutally strained every winter for the last decade at least. This is not out of the ordinary, and was the state of play every year long before Covid-19 even existed.

It is far more likely, if you look at those figures, that the unjabbed are being used as a convenient scapegoat to mask years of government incompetence.

In fact, we are now 20 odd months into this virus, with around €40 billion quid of taxpayer’s money spent on combating it and allegedly expanding our ICU capacity. Yet we’re still in a state of mad panic.

If the State has not braced for impact by now, having been given virtually unlimited resources, numerous lockdowns, and years to come up with a plan, they are functionally useless. If this was a different time period, they’d be put in wooden stocks on O’Connell street and pelted with rotten fruit by irate locals. Again, the government cannot worm their way out of this one by pointing the finger at the unvaccinated or any other section of the population.

At 94% of the population fully-vaccinated, that is a shocking level of compliance. It’s almost unheard of. That’s like the level of support that dictators get in rigged third world elections. If you did a poll on the street asking if people liked Lindt chocolate, I don’t know if you’d get numbers that high. You’d no doubt get that 1 in 10 person who hates it – there’s always a few.

My point being, 94% jabbed is as close to total consensus as you’ll get in any remotely free society. Many of the remaining unjabbed 6% can’t receive the vaccine for medical reasons as they are immunocompromised – there’s literally nothing they can do.

Moreover, as NPHET conceded just recently, Covid immunity after infection is “permanent.” It’s reasonable to assume that at least some of the unvaccinated have had Covid already and therefore are immune to the virus.

So if a couple of percent of the population who are refuseniks can derail the government’s entire plan and bring the health service crashing to its knees, then the government’s plan was doomed to fail from the start and was always foolish. They should have factored in the inevitable resistance that always comes with these things.

So with all that said, Senator Gerry Horkan’s targeting of the unvaccinated for discrimination in this regard is completely and utterly unwarranted.

Being a senator, Horkan would do well to remember that he is a public servant – the emphasis there being on the word “servant.” He is paid handsomely by taxpayers to serve all Irish citizens, vaccinated and unvaccinated alike, and cater to their needs.

Threatening to imprison people in their homes and deny them the right to “participate in society” unless they undergo a medical procedure – a procedure that many of them either can’t take medically or don’t want – is simply astonishing. These are levels of coercive control not seen before in our State’s history.

Moreover, note the senator’s total obfuscation of responsibility over lockdown:

“Unvaccinated people are putting themselves, their families, the rest of us and the economy at risk. None of us wants a lockdown. It is in all of our hands to behave as best we can.”

If you were an alien who’d just arrived on earth listening to that statement, you’d naturally conclude that a “lockdown” is something that naturally happens when Covid cases get bad. You’d assume it’s a force of nature, like a tsunami or hurricane, that is beyond anyone’s control. It’s a thing that just happens.

But that’s not true, is it? A lockdown is not an inevitable force of nature. It is a social policy – a policy imposed and lifted at the behest of Horkan’s government. He and his colleagues decide if and when a lockdown occurs. It is totally at their discretion.

Yet, in true gaslighting fashion, he attempts to shift the blame to the general public and the unvaccinated specifically. “It’s all in our hands, if we behave,” he says. “The unvaccinated are putting the economy at risk.”

No – you, senator, and your government are putting the economy at risk. If and when the decision comes to lock down the country, it will not be made by unvaccinated Joe Soap, or college students queuing for pubs, or families having Christmas parties. It will be made by politicians like yourself in the government coalition.

If you are so dead-set on avoiding a lockdown, then don’t vote for one when the legislation comes before you. It really is that simple.

Parties like Fianna Fáil like to portray themselves as moderate centrists. But when suggestions this extreme go unchecked by the wider party, it proves they are anything but. They are increasingly showing authoritarian instincts, and everything about their conduct in government so far highlights that.