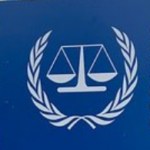 The information can be verified here:

In 1945 in Nuremberg, Germany, 23 physicians and scientists stood trial for war crimes committed before and during the second world war. The medical trial, and its more famous predecessor, the international military tribunal, have left us with defining statements of ethical principle. But, as several articles in this anniversary issue of the BMJ make clear, the records of these trials have also left us with a legacy we still shrink from confronting.

The international military tribunal convened on 20 November 1945. With allied judges presiding, it brought accusations of war crimes against 24 defendants, including Goring, von Ribbentrop, Hess, and Speer. Twelve were found guilty and sentenced to death, seven were found guilty and sentenced to variable terms of imprisonment, and three were acquitted. Two others, Krupp and Ley, did not go through the trial: Krupp sustained injuries in a car accident just before the proceedings, and Ley committed suicide before the trial began.

The medical trial followed on immediately, running from 25 October 1946 to 20 August 1947. Twenty three German physicians and scientists were accused of inflicting a range of vile and lethal procedures on vulnerable populations and inmates of concentration camps between 1933 and 1945. Witnesses from hospitals and camps throughout Germany and eastern Europe were brought to Nuremberg or deposed at other sites…
https://www.bmj.com/content/313/7070/1413.full

Certain basic principles must be observed in order to satisfy moral, ethical and legal concepts:

This latter element requires that before the acceptance of an affirmative decision by the experimental subject there should be made known to him the nature, duration, and purpose of the experiment; the method and means by which it is to be conducted; all inconveniences and hazards reasonably to be expected; and the effects upon his health or person which may possibly come from his participation in the experiment.

2. The experiment should be such as to yield fruitful results for the good of society, unprocurable by other methods or means of study, and not random and unnecessary in nature.

3. The experiment should be so designed and based on the results of animal experimentation and a knowledge of the natural history of the disease or other problem under study that the anticipated results justify the performance of the experiment.

4. The experiment should be so conducted as to avoid all unnecessary physical and mental suffering and injury.

5. No experiment should be conducted where there is an a priori reason to believe that death or disabling injury will occur; except, perhaps, in those experiments where the experimental physicians also serve as subjects.

6. The degree of risk to be taken should never exceed that determined by the humanitarian importance of the problem to be solved by the experiment.

7. Proper preparations should be made and adequate facilities provided to protect the experimental subject against even remote possibilities of injury, disability or death.

10. During the course of the experiment the scientist in charge must be prepared to terminate the experiment at any stage, if he has probable cause to believe, in the exercise of the good faith, superior skill and careful judgment required of him, that a continuation of the experiment is likely to result in injury, disability, or death to the experimental subject.

Crimes against humanity are certain acts that are purposefully committed as part of a widespread or systematic policy, directed against civilians, in times of war or peace. They differ from war crimes because they are not isolated acts committed by individual soldiers but are acts committed in furtherance of a state or organizational policy. The first prosecution for crimes against humanity took place at the Nuremberg trials. Initially being considered for legal use, widely in International Law, following the Holocaust a global standard of human rights was articulated in the Universal Declaration of Human Rights (1948). Political groups or states that violate or incite violation of human rights norms, as found in the Declaration, are an expression of the political pathologies associated with crimes against humanity.

Unlike war crimes, crimes against humanity can be committed during peace or war. They are not isolated or sporadic events but are part either of a government policy (although the perpetrators need not identify themselves with this policy) or of a wide practice of atrocities tolerated or condoned by a government or a de facto authority. War crimes, murder, massacres, dehumanization, genocide, ethnic cleansing, deportations, unethical human experimentation, extrajudicial punishments including summary executions, use of weapons of mass destruction, state terrorism or state sponsoring of terrorism, death squads, kidnappings and forced disappearances, use of child soldiers, unjust imprisonment, enslavement, torture, rape, political repression, racial discrimination, religious persecution and other human rights abuses may reach the threshold of crimes against humanity if they are part of a widespread or systematic practice.

Apartheid was recognized as a crime against humanity by the United Nations General Assembly in 1976.

M. Cherif Bassiouni argues that crimes against humanity are part of jus cogens and as such constitute a non-derogable rule of international law.