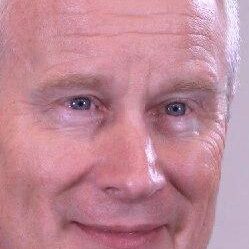 As the Omicron variant of COVID-19 continues its spread across the state and country, one of the foremost experts on early treatment, Dr. Peter McCullough, shared new observations he has made about those suffering with the illness.

“Omicron is a considerably milder syndrome than Delta,” McCullough, a well-known internist, cardiologist, and trained epidemiologist in Dallas told The Texan. He is finding that patients suffer a briefer syndrome that comes with a runny nose, mild fever, and some upper respiratory symptoms.

According to the CDC’s Nowcast predictor of variant proportions, Omicron is responsible for over 98 percent of cases across the country.

Generally, McCullough is not seeing any pulmonary involvement or blood clotting issues, as with previous variants like Delta. However, he said that for older, more frail patients, any form of COVID-19 can be dangerous.

Because studies have shown that the Omicron variant breaks through both vaccinated and natural immunity and is much more contagious than previous variants, people can take measures to prevent illness. Observations seem to indicate that vaccinated or naturally immune individuals have milder cases of Omicron.

One protocol that has been useful to many in reducing both the infectivity and symptoms of the illness is to use a nasal wash and gargle of diluted betadine, McCullough pointed out.

It can be used twice a day for prevention, four times a day post-exposure, or every four hours if one has symptoms of COVID-19. Betadine, or povidone-iodine, can be purchased at most drug stores. If a person is sensitive to betadine, then diluted hydrogen peroxide can also be used. Neither solution should be swallowed. Specifics about the protocol can be found online.

Another difference McCullough has observed is that the Omicron variant doesn’t seem to call for as much intervention with prescription drugs. He said that many patients have found a regimen of over-the-counter medications is sufficient to achieve good results.

McCullough said that this protocol is helping most patients manage their symptoms.

Whereas monoclonal antibody treatments were very effective against previous strains, only the Glaxo-Smith-Kline formulation seems to help treat Omicron.

While McCullough can’t predict the end of this wave or what will follow, if it observes the pattern from the United Kingdom and South Africa, the omicron variant should reach its peak in the U.S. by the end of January and then begin decreasing. Texas is currently experiencing a 35.6 positivity rate for administered COVID-19 tests.

Once a person has the Omicron variant and recovers, they should then have a stronger immunity to the more serious Delta variant, McCullough said, based on a study by Khan and colleagues.

He believes that any vaccine being planned to fight the Omicron variant will be too late. Instead, he suggests that federal regulatory agencies should move forward with making the new Pfizer drug, which inhibits viral replication, available and distributed more widely.

McCullough, who recently gained attention after appearing on Joe Rogan’s podcast and is a regular Fox News contributor, also shares developments and information on his own podcast, The McCullough Report.

“It allows me to interview guests from all over the world and gives Americans a window into international efforts that they don’t see or hear about on mainstream media outlets,” McCullough said.

He also hosts question-and-answer sessions that have been very popular with listeners.

“People want answers,” he asserted,” and public health agencies have failed miserably at telling people what to do when they get sick.”

He also pointed out that the U.S. public health agencies have failed to provide safety and efficacy reports to the country about the COVID-19 vaccines.

Because the vaccines are still considered research, as is noted on the consent forms associated with receiving the vaccine, he doesn’t believe it is ethical for any physician to recommend them to a patient.

“No good doctor can recommend them because it would be using a position of authority to push someone into participating in an experimental program,” he said.

He also believes that all vaccine mandates should be dropped immediately due to concerns they violate codes of bioethics, such as the Nuremberg Code.

Article One of that code states, “The person involved [participant in the experiment] should… be able to exercise free power of choice, without the intervention of any element of force, fraud, deceit, duress, overreaching, or other ulterior form of constraint or coercion.”