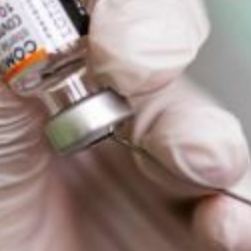 The State’s public health team is set to consider mandatory vaccination with a new paper being prepared by the Department of Health on the legal and ethical aspects of such a move.

It has also emerged that some members of the National Public Health Emergency Team (Nphet) did not agree with proposals for earlier closing times in hospitality introduced last month. Ministers are now understood to be increasingly sceptical of the measures, favouring the removal of the 8pm limit on trading hours as well as the rule of allowing only six people to a table.

In a letter to Government last week, the chief medical officer, Tony Holohan, said Ireland had not yet reached the peak of the Omicron wave. Nphet recommended that all current measures – such as the earlier closing time for pubs and restaurants and indoor events – remain in place until the end of January.

Separately, minutes of a meeting of Nphet on December 16th reveal that mandatory vaccination will be considered by the team. “It was noted that the Nphet will discuss the issue of mandatory vaccination at a later date and this discussion will be facilitated by a forthcoming paper from the Department of Health on the relevant ethical and legal considerations pertaining to this topic.”

Ireland has one of the highest Covid-19 vaccination rates in Europe. More than half of Covid patients in intensive care are from about 5 per cent of adults who are unvaccinated, the Taoiseach said last week. Mandatory vaccination is under consideration in Germany and has been introduced in Italy for the over-50s.

At the same Nphet meeting, some members raised concerns about the earlier closing times. Nphet originally proposed a 5pm closing time but the Government introduced the 8pm closing time just before Christmas.

A number of members of the public health team “voiced concern” at the meeting, with some saying that such strict measures were “disproportionate by international comparison”. Some members were of the opinion that the focus should be on reducing capacity within venues rather than limiting trading hours.

A number of Ministers are understood to be anxious to remove the limits on trading hours. A Government source described those restrictions as “very dubious”. Another source questioned whether partial restrictions were of use in the context of the Omicron variant which spreads rapidly regardless.

Although Ministers do not want to overrule Nphet advice, some believe the partial restrictions need to be re-evaluated. There is also support for an immediate reopening in February, if the wave has peaked by then, rather than a gradual unwinding of measures.

Meanwhile, the Government is awaiting advice from Nphet on significantly cutting isolation times for close contacts of confirmed cases.

The next meeting of the public health team is scheduled for January 20th but they may meet this week to consider the isolation and quarantine times.

Retail Excellence on Sunday called for the easing of close contact rules, saying a quarter of stores had to close for a period in recent weeks due to Covid-related staff shortages.

The European Centre for Disease Prevention and Control has proposed options for EU member states to shorten quarantine periods.

The options include removing the need for vaccinated close contacts of people infected with Covid-19 to quarantine if the health system is under extreme pressure.

Other proposals involve shorter quarantine periods for close contacts of Covid-19 cases in times of high and extreme pressure on healthcare systems and society, as well as testing with rapid antigen tests to release patients from quarantine.

Coronavirus Everything you need to know about the Covid-19 outbreak