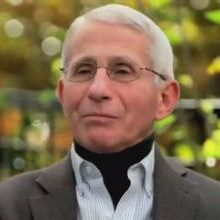 On a recent episode of “The Corbett Report,” journalist and researcher James Corbett interviewed Robert F. Kennedy, Jr. about his latest book, “The Real Anthony Fauci: Bill Gates, Big Pharma, and the Global War on Democracy and Public Health.”

On a recent episode of “The Corbett Report,” journalist and researcher James Corbett interviewed Robert F. Kennedy, Jr. about his latest book, “The Real Anthony Fauci: Bill Gates, Big Pharma, and the Global War on Democracy and Public Health.”

Asked why he wrote the book, Kennedy said:

“Over the past 20 months [there’s been] a coup d’état against liberal democracy, and one of the key players in this medical cartel or medical technocracy is Dr. Anthony Fauci.

“There’s an entire coalition of sinister forces [including] pharmaceutical companies, the intelligence agencies, the medical bureaucracies, the social media titans, the mainstream media and the military, which are all wrapped up in this obliteration of constitutional rights and the use of a health crisis to impose totalitarian controls.”

Kennedy described Fauci as “this sort of avuncular presence who is the face of the technocracy and the demolition of constitutional rights.”

Kennedy discussed Fauci’s role in helping Big Pharma capture federal regulatory agencies.  “Fauci is the spearhead of an agency that has experienced regulatory capture on steroids,” he said.

Kennedy told Corbett the financial links between the federal health agencies and the pharmaceutical companies are unlike any other federal regulatory regime. The metrics used within these agencies to measure whether or not an employee will get promoted, advanced or get a salary raise revolve almost entirely around how well the employee promotes vaccine uptake.

“For example, the [National Institutes of Health] owns thousands of medical patents, including half of the patent for the Moderna vaccine,” Kennedy said. “So Tony Fauci’s agency stands to make billions and billions of dollars. And Fauci was able to choose four of his high-level employees who each get their own individual patent shares and who’ll collect $150,000 per year for life.”

Corbett said the chapter of Kennedy’s book he found the “most difficult to read through” was the one titled, “Dr. Fauci, Mr. Hyde: NIAID’s Barbaric and Illegal Experiments on Children,” which details the role of Fauci and the organization he heads up — the National Institute of Allergy and Infectious Diseases — in illegal experiments on foster children.

“In this case [Fauci] was able to get control of different foster homes in seven states and essentially turn these pharmaceutical companies loose onto these children,” Kennedy said. “The experiments were absolutely barbaric … the children were tortured and they did not have legal representation.”

“The children who stopped taking the drugs because they were making them sick were sent to Columbia Hospital to have feeding tubes installed so the drug companies could [continue testing on them] even when they fought back. At least 85 of these kids died.”

Kennedy also cited the dramatic rise in chronic illness since Fauci took office, pointing out that Fauci has failed to protect the public from environmental health threats.

Other topics covered by Kennedy and Corbett include how Fauci was “locked into” carrying out controversial gain-of-function research for the military, how a large portion of Fauci’s salary comes from the Pentagon and the involvement of the Central Intelligence Agency in pandemic planning and policy.

Pharma-funded mainstream media has convinced millions of Americans that Dr. Anthony Fauci is a hero. He is anything but.

As director of the National Institute of Allergy and Infectious Diseases (NIAID), Dr. Anthony Fauci dispenses $6.1 billion in annual taxpayer-provided funding for scientific research, allowing him to dictate the subject, content, and outcome of scientific health research across the globe. Fauci uses the financial clout at his disposal to wield extraordinary influence over hospitals, universities, journals, and thousands of influential doctors and scientists—whose careers and institutions he has the power to ruin, advance, or reward.

During more than a year of painstaking and meticulous research, Robert F. Kennedy Jr. unearthed a shocking story that obliterates media spin on Dr. Fauci . . . and that will alarm every American—Democrat or Republican—who cares about democracy, our Constitution, and the future of our children’s health.

The Real Anthony Fauci reveals how “America’s Doctor” launched his career during the early AIDS crisis by partnering with pharmaceutical companies to sabotage safe and effective off-patent therapeutic treatments for AIDS. Fauci orchestrated fraudulent studies, and then pressured US Food and Drug Administration (FDA) regulators into approving a deadly chemotherapy treatment he had good reason to know was worthless against AIDS. Fauci repeatedly violated federal laws to allow his Pharma partners to use impoverished and dark-skinned children as lab rats in deadly experiments with toxic AIDS and cancer chemotherapies.

In early 2000, Fauci shook hands with Bill Gates in the library of Gates’ $147 million Seattle mansion, cementing a partnership that would aim to control an increasingly profitable $60 billion global vaccine enterprise with unlimited growth potential. Through funding leverage and carefully cultivated personal relationships with heads of state and leading media and social media institutions, the Pharma-Fauci-Gates alliance exercises dominion over global health policy.

The Real Anthony Fauci details how Fauci, Gates, and their cohorts use their control of media outlets, scientific journals, key government and quasi-governmental agencies, global intelligence agencies, and influential scientists and physicians to flood the public with fearful propaganda about COVID-19 virulence and pathogenesis, and to muzzle debate and ruthlessly censor dissent.