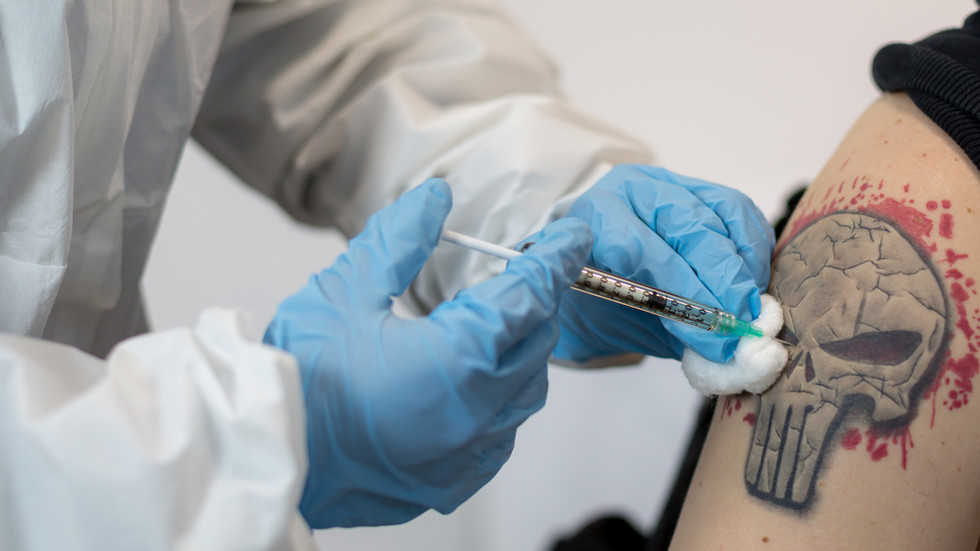 A genocide is occurring due to Wuhan coronavirus (Covid-19) “vaccines,” but the medical establishment refuses to acknowledge it.

In British Columbia (B.C.), Canada, a rally recently took place to draw attention to this fact, and to the revelation that some 13 stillborn deaths occurred in a single 24-hour period at Lions Gate Hospital.

All of these deaths occurred in babies born to women who got injected for the Fauci Flu, but the public is not being told about any of it. In response, Drs. Mel Bruchet and Daniel Nagase, along with other concerned members of the public, converged to file a complaint in front of the Royal Canadian Mounted Police (RCMP) office in North Vancouver.

Since the major media is completely ignoring the story, Bruchet and Nagase are taking matters into their own hands by filing complaints with the RCMP against public health officials who are believed to be sweeping this all under the rug due to financial conflicts of interest.

“We’re on the side of God,” Bruchet said to someone at the rally who was conducting interviews. “We’re on the good side.”

Bruchet spoke about a lot of other things as well, including ivermectin, the corrupt government officials who are preventing people from accessing it, and what he sees as the gradual breakdown of the plandemic scam as more people learn the truth about the matter – watch below: https://www.bitchute.com/embed/Q0EX21dY5Z78/

Don’t stand idly by: Take action against covid jab fascism if you have the means and ability

Nagase explained on the steps of the RCMP facility that he would be entering to file individual complaints on behalf of everyone present as well as others.

What Nagase and others want to know is if Provincial Health Officer Bonnie Henry and other health leaders are being paid off or have some other kind of financial interest in pushing the mass injection campaign.

Henry, as you may recall, played cover-up for a jab-induced outbreak that occurred at the Cottonwoods Care Center nursing home in B.C.

“This is an opportunity,” Nagase told rally attendees.

“We’re at the RCMP … and this is normally where you would go to file a police report about a criminal claim … I have suspicions that the policies being enacted upon the citizens of B.C. are motivated not in the interests of public health, but are rather motivated by financial interests.”

Not only are stillborn deaths on the rise but so are strokes, stated one of the other rally attendees. All of this is being hidden away by the medical system, save for a few brave souls who have come forward with the truth at much risk to their own careers.

“We need to ask the RCMP to conduct an investigation, a forensic investigation into discovering whether or not there are conflicts of interest affecting our health minister, causing her to institute policies that are harmful to British Columbians,” Nagase said.

Prior to the release of Fauci Flu shots, there was maybe one stillborn death per month at Lions Gate. Now there is 13 times that amount occurring in a single day, which represents a meteoric rise.

Towards the end of the video, Nagase is seen coming out of the RCMP building having successfully filed all of the complaints. He received cheers from the crowd as he explained that this is only just the beginning.

“Get ready to hear more and more of this kind of thing,” wrote one commenter at the Easton Spectator. “Those doctors and medical scientists speaking out over these not-a-vaccines were and are not conspiracy theorists.”

More of the latest news about Wuhan coronavirus (Covid-19) “vaccine” fascism can be found at ChemicalViolence.com.

Sources for this article include: