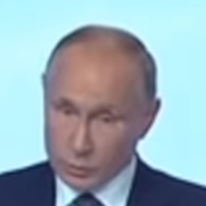 Russian President Vladimir Putin said that the far-left woke ideology is causing societal ills in the West, saying that it is no different than what happened in Russia during the 1917 revolution.

1 thought on “Putin: Wokeness Is Dismantling The West: Cancel Culture First Happened In Russia During Bolsheviks!”