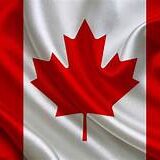 As Canada falls further and further down a “new normal” rabbit hole, every day there are worrying signs of outright fascism creeping into society.

Last week Trudeau invoked the Emergencies Act, enabling the government to order banks to freeze the assets of protesters (or even just people donating money to them. The finance minister has said some of these measures will be permanent.

On Friday the Ottawan authorities put out warnings saying they would seize pets from the protesters, and they would be put down after 8 days. And that children would be “removed” to a “place of safety” once the crackdown started.

Over the weekend green-uniformed military-style police were in Ottawa, names and ID numbers covered. Beating and arresting peaceful protesters, threatening passers-by and riding down old ladies on horseback.

But perhaps most worrying of all is a simple video showing an act of war on the truth.

On Saturday, Canadian MP Colin Carrie asked a question during a session of parliament, regarding the influence of World Economic Forum on the Canadian government (video from TrueNorth News):

Citing “really, really bad audio”, the question was cut off mid-sentence. Despite the meaning of the question being clear, nobody deigns to answer it. Further, Charlie Angus MP proceeded to call out Carrie for “spreading disinformation”.

It was not “disinformation”.

For starters, simply asking a question can never be “spreading misinformation”. But more specifically, in asking this particular question Carrie was directly quoting Klaus Schwab himself, the head of the WEF.

Speaking at an event at the Kennedy School of Government in 2017, Schwab extolled the virtues of the WEF’s “Young Global Leaders Program”, boasting about the number of influential politicians who have taken part, including “half the cabinet of Canada”:

Yesterday I was at a reception for Prime Minister Trudeau […] and I know that half of his cabinet, or even more than half, are actually Young Global Leaders of the Economic Forum”

According to wiki page of the Global Leader’s program, that “more than half” includes Trudeau himself, as well as 7 cabinet ministers and a member of the Supreme Court.

Further, it is a matter of public record that Chrystia Freeland, Trudeau’s deputy Prime Minister and Minister of Finance, is a member of the WEF’s board of trustees even to this day.

Clearly, the WEF have some influence over the Canadian government, and asking questions regarding any potential conflict of interests is only fair and correct.

But apparently, in this day and age, citing undisputed facts and publicly available knowledge will have you silenced and branded “disinformation” if it goes against the narrative.

Technocracy News did a detailed write-up on all the past-members of the WEF’s Global Leaders program, you can read that here.