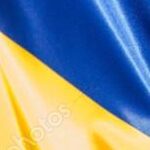 Two articles regarding bio laboratories in the Ukraine;are they Russian target?

At around 7am UK time today, in a now deleted twitter thread, Clandestine, who’s twitter account is now suspended, tweeted an interesting perspective on the Ukraine situation which we won’t be seeing on corporate media.  Have a read and let us know your thoughts.

1) HOLY SHIT! I think I may be onto something about Ukraine.
Zelensky said the Russians are firing at “military installations”. How broad is that term?
I am seeing speculation that could include US installed biolabs.
At first, I was like no way.
Then I started digging.

2) First, I checked if the US even have biolabs in Ukraine. Turns out… we do. And in classic US fashion, it’s marketed as “defence”.
“Biological Threat Reduction Program in Ukraine”.
Studying the “most dangerous viruses in the world” at Russia’s border.

3) Okay so we are studying the world’s most deadly pathogens at Russia’s border. It’s just for defence. Not that big of a deal, right?
WRONG. I didn’t know this until today, but Russia has been accusing US of creating “bio-weapons” at their border. WHAT!

4) And they have good reason to believe that, as the US NIH funded gain of function in Wuhan, then C19 “got out” and it ruined the world.
Russia AND CHINA asked the UN for the US/allies to be “checked and limited” in bio capabilities 4 months ago! WHAT!

5) DO YOU ALL KNOW WHAT THIS MEANS?!
China and Russia indirectly (and correctly) blamed the US for the C19 outbreak, and are fearful that the US/allies have more viruses (bioweapons) to let out.
THIS IS MASSIVE. Yet I’m disturbed that I had didn’t known about this 4 months ago.

6) So how does that pertain to Ukraine?
Well where in Ukraine are the “explosions” taking place.
Here’s a reported explosion in Lutsk.
This is 75 miles inland in far western Ukraine. The opposite border of Russia…
What does this have to do with Crimea/Donetsk in the east?

Explosion reported in Lutsk, Ukraine, which is less than 75 miles from the border of Poland,
PM Breaking News, 24 February 2022

7) Reportedly Kiev has seen missile strikes as well. At their airports and military installations.
Kiev is also on the western side of Ukraine. Also, a city the US GOV have confirmed the US have built biolabs in.

Explosions in the outskirts of Kiev,
24 February 2022

8) Putin also continues to call it a “special military operation”.
Says he wants to demilitarise and “denazify” the country but not occupy it. What does he mean by that? What is he really targeting?

9) Yes, I know he targeted airports and military capabilities; but if Putin really believes, as his admin has stated publicly multiple times, that the US are creating bio weapons at Russia’s borders, then this entire situation could be WAY bigger.

10) I’m not sure what is going on but in the past 4 months, Russia and China accused the US of creating bioweapons at their borders and none of us heard about and our media wrote it off as “disinformation” and largely didn’t report on it other than to call it a conspiracy theory.
For all of this to make sense, you must be privy to the reality that the US NIH did indeed create C19 in Wuhan. Which has been largely accepted as the reality and confirmed in the emails between Collins and Fauci.
I broke down their official NIH emails released by Congress

If you respond or quote tweet me, get the hashtag going and see if we can trend it.

We need a reporter to ask Biden admin or international reporters to ask their admins what they know about the US biolabs in Ukraine.
Here’s an overlap of reported missile strike locations and the biolab locations. Since the top map was made, more missiles hit Lviv as well.
It certainly appears Putin is targeting the cities and locations with US biolabs present.
He is 100% going after the alleged bioweapons.

We have also attached a copy of Clandestine’s twitter thread “HOLY SHIT! I think I may be onto something about Ukraine,” dated 24 February 2022, below for reference purposes in the event Thread Reader App removes it.Thread-by-@WarClandestine-–-HOLY-SHITDownload