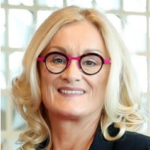 At the end of August, both the UK and Northern Ireland established independent covid-19 inquiries examining the response to the pandemic leveled by Boris Johnson’s cabinet and the NI Executive respectively. Ireland’s is nowhere to be seen — why is this country’s leadership so afraid of accountability? I first raised the issue in this chamber as far back as July of last year — I knew then that the far-reaching and sweeping measures being adopted by the government at NPHET’s suggestion-stroke-order would demand future retrospective appraisal and critical analysis. I reiterated the call for an inquiry in January of this year, and we finally got the Taoiseach and Tánaiste to smell the coffee and address the matter, with the Taoiseach — amid much hemming and hawing — making a promise to carry out “an evaluation of how the country managed Covid- 19”. Eight months on, that pledge seems to have been given the old Irish political treatment of “Don’t mention the war”, hope that people will forget, and sweep it under the carpet. After all, we’re in a cost of living crisis now — why learn from one crisis when you can just jump straight into the next? The Taoiseach said that would prefer we all use the word “evaluation” as opposed to “inquiry”, as the latter “implies that there are people to blame” — I wonder if he knew then, that the former health Minister of France has been under investigation over her handling of covid-19, and that investigators have concluded that there are grounds for prosecution. Only in Ireland could the government implement 2 years of rolling lockdowns, restrictions and various other direct interventions into the lives of the public, only to turn around and say that no- one is responsible for that — the insulating effect of a “whole of government approach”, perhaps. The UK inquiry is fast set to become the largest statutory inquiry in British legal history, with 20,000 submissions passed last month. The chair has told government departments to protect evidence, including WhatsApp messages, from destruction — probably too late for that here. Postponing the establishment of our covid-19 tribunal serves no-one but those who fear what it would find, and ignoring the need for it completely would be an abject failure on the part of government and an insult to the Irish people, who deserve answers based in hard, cold fact, now that the cobwebs of covid spin and narrative building have fallen away. There are questions that need answered, and I’m not sure if even Ireland’s carpet is big enough to conceal the past two years.