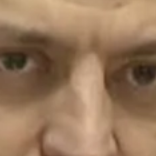 22 May 2022
NATO has been poking the Russian bear for too long by subsequently expanding its territory eastwards. This happened in contrast to promises made by western leaders. At the same time, we have witnessed western globalist efforts pushing for regime change in former Soviet Republics. The West should be pragmatic and instead focus on negotiations with all involved parties and work on a solution that guarantees long-term peace in the region.