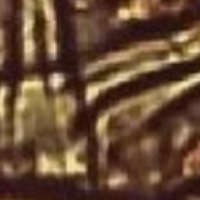 UK Lab Report discovers Graphene in the Covid-19 Vaccines; & Scientists believe the Vaccinated are transmitting it to the Unvaccinated

The Covid-19 vaccines have been forensically examined in the United Kingdom and a laboratory report confirms they contain graphene nanomaterials that can penetrate the body’s natural barriers and damage the central nervous system, and Graphene Oxide which can damage internal organs, destroy blood health, trigger cancer, and cause changes in gene function among a host of other ill effects.

Unfortunately, further analysis by Dr Phillipe van Welbergen has concluded that the graphene is being transmitted from the vaccinated to the unvaccinated, destroying red blood cells and causing dangerous blood clots.

Following her own experience with patients who had suffered apparent vaccine injury and adverse reactions, a British Medical Practitioner came forward in December 2021 offering to assist in an investigation to ascertain whether the results discovered by Dr’s Noack and Campra could be replicated in the UK and also to examine the COVID-19 injection vials for the discovery of toxins or unexpected contents.

The medical practitioner seized an injection vial from the fridge housed in the surgery in which she works and handed it to an independent investigator assisting in investigating cases relating to an injury sustained as a result of injections given as part of the rollout.

Further vials have since been obtained which cover the three main manufacturers in the UK: Pfizer,
Moderna and AstraZeneca.

The contents of the injection vials have been forensically examined and a laboratory report has now been officially published.

The report titled “Qualitative Evaluation of Inclusions In Moderna, AstraZeneca and Pfizer Covid-19 vaccines” has been presented to the Police involved in the UK Criminal Case, 6029679/21, which is said to provide them with more than enough reasonable suspicion that serious indictable offences have been committed regarding the administration of experimental treatments.

The Police will then be able to submit them to a Home Office Laboratory with a view to replicate the findings and will enable them to possess their own hard evidence to support serious indictable offences.

Additionally, the police, in line with the duty of care to the public, have been asked to request the immediate cessation of the experimental treatment rollout.

The Report: Qualitative Evaluation of Inclusions In Moderna, AstraZeneca, and Pfizer Covid-19 vaccines – by UNIT

Four vaccine vials were the subject of the investigation.

Two Moderna samples, and 1 AstraZeneca, and 1 Pfizer sample were collected for examination in order to analyse the contents and identify if undeclared components were present in them.

The inclusions that are not declared by the manufacturers were the focus for this particular analysis, primarily graphene and carbon-related nanostructures in form of carbon or graphene composites, graphene in association with polyethylene glycol, graphene oxide, iron oxide compounds, and calcite.

The analysis of all four vial contents identified objects that are similar and have been defined and illustrated within the report individually.

The Identified inclusions were:

The first sample that was evaluated was the Moderna 01 which was examined by Raman spectroscopy. The investigation clearly showed that all the inclusions within the vaccine have a strong carbon signal with confirmed graphene compositions of some representative forms.

It is important to point out that some nano amorphous carbon forms showed a clear Graphene signal, however, these forms also exhibited fluorescence which masked the Graphene peak.

Particles that carry the mRNA load were clearly seen and Graphene composite 01 was prominently present even at low resolution and Graphene Nano objects were present in “great abundance.” within the vial sample.

AstraZeneca was the third vaccine that was evaluated for its inclusion, and as it was almost transparent it made “spotting of inherent colours slightly easier”. Under wet microscopic observation, the solution exhibited instantaneous movement of nanoscopic particulate material which when observed closely seemed to be driven by convection current.

When dry, the particles exhibited traction movement. In figure, 3.21. the microscopic form is clearly visible as it is lying on top of the solid film while the nanoparticles are still in motion in the background as can be seen by the shifting position of the shadow. A clear output of this mechanism was that as the medium solidified, it became more difficult for the nanoparticles to navigate through the viscous material.

Confirmed inclusions within AstraZeneca were of the presence of Graphene in all the identified representative forms. The carbon composites are of two forms as they are in the Moderna vaccines. These two forms showed distinct graphene signatures. Also, besides Graphene the spectrum is dominated by iron oxide and other forms of carbon associations.

Pfizer was the fourth vaccine vial that was evaluated for its inclusions. The pipette specimen showed some extremely interesting inclusions. As the material was sucked into the pipette, distinct translucent to transparent sheets were seen floating about as seen in figure 3.28.

Three of these samples showed carbon composite signatures with possible graphene in. The signals of amorphous carbon-like materials were extremely complex with carbon along with iron oxide and several other compounds in them.

Ribbon forms of nearly transparent microforms are found in fair numbers in the slide. These are often half embedded in the solution with one end projecting outside the material. The carbon composites of both form 1 and 2 also are present in great numbers. Form 1 settles on top of the material while form 2 is found at mid-levels of the solidified medium. Graphene nanoforms are present in fair numbers within the slide material along with some scrolls. Figure 3.32. Representative inclusions found within Pfizer vaccine.

The signals of amorphous carbon-like materials were extremely complex with carbon along with iron oxide and several other compounds in them. The graphene complex 1 is graphene with polyethylene glycol signal forming the bulk of the spectrum. Though, for initial assessments, this study can confirm the presence of graphene in Pfizer.

Notably, one of the samples that was shot, displayed a fair influence of fluorescence.

All three vaccines commonly employ the self-assembling lipid nanoparticles as drug delivery mechanisms. Where the central find of this project has been the confirmation of the presence of graphene in all four samples, it is important to evaluate this find in the context of the subject itself.

It is also important to mention, that the source of fluorescence within the samples was unknown while the investigations were underway, and due to tight timescales were not able to be investigated at the time.

An Open Access review highlighting the toxicity of the graphene family nanoparticles can be viewed here.

In conclusion, it can be stated that the four samples of vaccines (Moderna 1, Modern 2, AstraZeneca, Pfizer) all contain significant amounts of carbon composites, graphene compounds, and iron oxide.

These ingredients were undeclared by the manufacturers and are absent from the list of ingredients for the vaccines. However, studies show how dangerous the Graphene family is, yet individuals have not been made aware that they are being injected with the deadly substance.

The lab report can be read in full here.

Another analysis of blood samples conducted by Dr Philippe van Welbergendemonstrated that the graphene being injected into people is organising and growing into larger fibres and structures, gaining magnetic properties or an electrical charge and the fibres are showing indications of more complex structures with striations.

He also, unfortunately, demonstrated that “shards” of graphene are being transmitted from “vaccinated” to vaccine-free or unvaccinated people destroying their red blood cells and causing blood clots in the unvaccinated.

The full report on graphene “shedding” can be read in full here.

In his latest set of slides of blood samples taken from both “vaccinated” and unvaccinated people, Dr. Philippe van Welbergen demonstrated that the graphene being injected into people is organising and growing into larger fibres and structures, gaining magnetic properties or an electrical charge and the fibres are showing indications of more complex structures with striations.

He also demonstrated that “shards” of graphene are being transmitted from “vaccinated” to vaccine-free or unvaccinated people destroying their red blood cells and causing blood clots in the unvaccinated.

Dr. Philippe van Welbergen (“Dr. Philippe”), Medical Director of Biomedical Clinics, was one of the first to warn the public of the damage being caused to people’s blood by Covid injections by releasing images last year of blood samples under the microscope.

At the beginning of July 2021, Dr. Philippe, was interviewed on a South African community channel, Loving Life TV.   He explained that when his patients started complaining about chronic fatigue, dizziness, memory issues, even sometimes paralysis and late onset of heavy menstruation (women in their 60s upwards), he took blood samples. Their blood had unusual tube-like structures, some particles which lit up and many damaged cells. Few healthy cells were visible. Until three months earlier, he had never seen these formations in blood.  We now know these tube-like structures are graphene.

On 12 February 2022, Dr. Philippe returned again to Loving Life TV to release images of his latest slides of blood samples.  The live stream was lengthy so Loving Life TV separated it into two parts.

Part One is a discussion including answers to the audience’s questions.

Below is a short clip from Part Two courtesy of The Timeline Post channel on Telegram.

Below is an image of typical healthy red blood cells as seen with a microscope, what blood should look like. There is no coagulation or foreign objects in it.

A couple of weeks before the video below was made, Dr. Philippe began noticing a magnetic or electrical polarity effect on different sides of the graphene fibres.  In the image below, to the right of the fibre the cells are coagulated and on the left-hand side is what looks like a gap or roughly backwards “C” shaped spacing.  Dr. Philippe says that this “behaviour” was not seen before but now, all of a sudden, it is being seen in almost every sample.  It is an indication that “these things have changed, their reaction with surrounding blood cells has changed … and I don’t know what triggered it,” he said.

The image below is of a blood sample from a vaccine-free, or unvaccinated, three-year-old child.  It shows pieces or “shards” of graphene that “are the result of shedding,” in other words the graphene has been transmitted from “vaccinated” parents to their unvaccinated child.

Below is the image of a blood sample from an eight-year-old unvaccinated child whose blood has been contaminated and destroyed by the transmission of graphene from those around him/her who have had a Covid injection.  The child’s right arm and upper right leg are basically paralysed, the child is unable to lift his/her right arm and the thigh is not functioning properly.

Dr. Philippe’s presentation is truly eye opening and horrifying – a must watch, especially for those who proclaim Covid injections are “safe” and are insisting people be injected.  The Covid injections are weapons of genocide and how the people who have designed them are still walking free is incredible.

You can either watch the presentation below or on Loving Life TV HERE.

Dr. Pierre Kory: The Editors of High-Impact Journals Had Standing Orders Not to Publish Positive Data on Repurposed Drugs

Did Covid Vaccination contribute to the deaths of Queen Elizabeth II and Prince Philip?

UK Gov. pauses COVID Vaccine roll-out to 5 to 11-year-old Children after 22% increase in Deaths among age group since NHS began to Vaccinate them